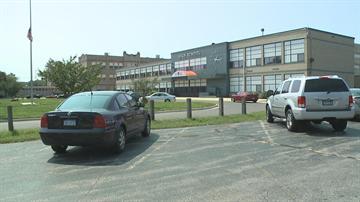 BENTON HARBOR, Mich. - The president of Benton Harbor Schools’ Teacher’s Union said Thursday district teachers might not be getting paychecks.

Wednesday night the State of Michigan agreed to loan the Benton Harbor Schools $2 million to help pay its bills but the loan is more than $4 million less than the district planned. The teacher’s union agreed to take a 10% pay cut Wednesday to help shoulder the burden.

“We had no idea the game plan was going to change,” said Union President Steve Durfee. Durfee said under House Bill 5566 the district thought the Michigan Department of Education was going to loan $6.7 million. To receive more funding the state is asking Benton Harbor to cut another 10% from their budget.

Wednesday night the teachers union voted to extend a 10% pay cut that was put into place in February 2012 and set to expire Thursday. Emergency brainstorming sessions were held for teachers Thursday to voice opinions on what else can be cut from the district’s budget.

Durfee said if cuts aren’t made paychecks are at risk. “I don’t want to be negative or be a naysayer,” he said. “but it’s simple math.” Per pupil state funding kicks in on October 28th and with only $2 million to work with someone won’t be getting paid. Teacher payroll is around $2 million itself and still vendors will need to be paid.

Durfee said Superintendent Leonard Seawood was meeting with vendors Thursday to work out an agreement.

“It will be difficult to get teachers in Benton Harbor Area Schools,” said Pamilia Singfield of Teenie Weenie Day Care in Benton Harbor. She is worried about teachers leaving with uncertainty in the future. “Yes, I believe they’ll leave.”

Durfee said teachers haven’t been asked, but will not take an additional pay cut. “We’ve had teachers leave, I know of a teacher that left to work in a supermarket because there was more money there.”

Seawood was not immediately available for comment on this story.