Benton Harbor to vote on millage 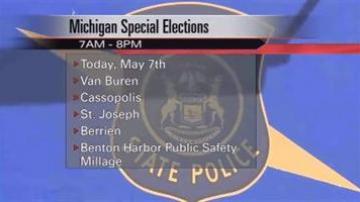 BENTON HARBOR, Mich. — People will head to the polls in Benton Harbor Tuesday to vote on approving a millage for the city's public safety department.

If passed, the new millage will pay for police, fire and other city services.

The mayor and city commissioners say they feel it did not pass the last time because voters did not understand what they were voting for.

However, this time around, city leaders used a "vote yes" campaign.

It was an all in an effort to inform voters on how important this special election is.

City leaders expect the proposal to bring over $1 million into the city within the first year.

They say voting yes will replace a current tax and the average homeowner paying $75 a year would instead pay $30 a year.

The proposal also locks in the budget for ten years and will stop the current special assessment from taking place.

City officials say that if voters vote down the measure, they will have to take other measures.