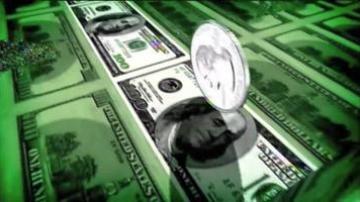 BENTON HARBOR, Mich. -- ABC 57 was first to tell you about an investigation into Benton Harbor City officials and campaign funds.  For the first time, city leaders that were under investigation are speaking out.  Mayor James Hightower and Commissioner Trenton Bowens have been ordered by Berrien County to pay over $1,000 each.

"In politics you want to at least try to empty out your opponent’s pocket and that’s what the goal was," explained Benton Harbor Commissioner Trenton Bowens.

Commissioner Bowens says what started as small political games spiraled out of control.

In December, Bowens' name came up in an investigation; The state of Michigan and Berrien Bounty were looking into campaign funds that were never reported.

There were mentions of tv ads, radio ads, and big spending plastered on Facebook, but Commissioner Bowens says Facebook does not tell all.

"It was politics, you make your opponent spend as much money as possible. I could post on Facebook, I am going to meet President Obama tonight, but that doesn’t mean its true."

Bowens says when it comes to campaigning, nothing is off limits.

"In the art of war you make your opponent work for you, even if you have to do a little deception and contrasting, or tell a what lie."

Bowens says he did not know what he was doing was against election rules and that in the future, he will do things differently.

"If we were to do it again, we would make sure we have the proper paper work and everything in order."

ABC 57 talked with the Mayor, he released this statement:

"Someone else on the committee was supposed to file and failed to. I do everything by the book, this was an oversight, nothing intentional.  being the mayor, I took the hit for the team it won't happen again."