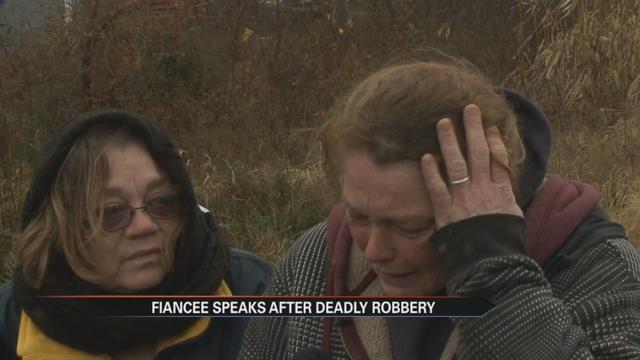 Targeted, stalked, then shot. That’s what a woman says happened last night in Benton Township when her 43-year-old fiancee was murdered.

We broke this story for you last night at 11 and took you live to that scene. We were the only t-v station there and continued to follow it all morning long.

Now, we have brand new information from the woman who watched her fiancee die.

Kenneth Martin’s fiancee, Cynthia Sorrels tells ABC57 News he wouldn’t think twice about helping anyone and she didn't know about any problems he could've had with anyone. That’s why she just can’t believe someone would kill him in cold blood.

“We weren’t wanted. We didn’t have any beef with anybody. So we walked a couple houses forward and we heard somebody running, “ said Sorrels.

She says they did notice a man following them Wednesday night, but continued on their way.

“There was a man a good distance from us but we didn’t think anything of it because we walked these streets for years,” she said.

Sorrels had known Martin since 2000. The couple had just gotten engaged two days ago. And now, she has one question for the shooter.

“How dare you take the love of my life away from me for something so stupid?” she cried.

Sorrels explained Martin didn’t even get a chance to check his pockets to comply with the man holding the gun.

“We turned around the gun was facing right at him and he said, ‘Give me all you got.’ Boom, dropped him on the ground,” said Sorrels.

Neighbors in the area heard everything that was happening and are now worried about what could happen next.

“That scares me a lot that makes me want to lock my doors honestly I can’t even put it all in words,” said Tevin Smith, who lives nearby.

Benton Township Police arrived around 9:30 last night, but the killer was long gone.

Now Cynthia Sorrels has to plan a funeral instead of a wedding. Again, there’s no suspect in custody and police say at this time they have no updates on the investigation.