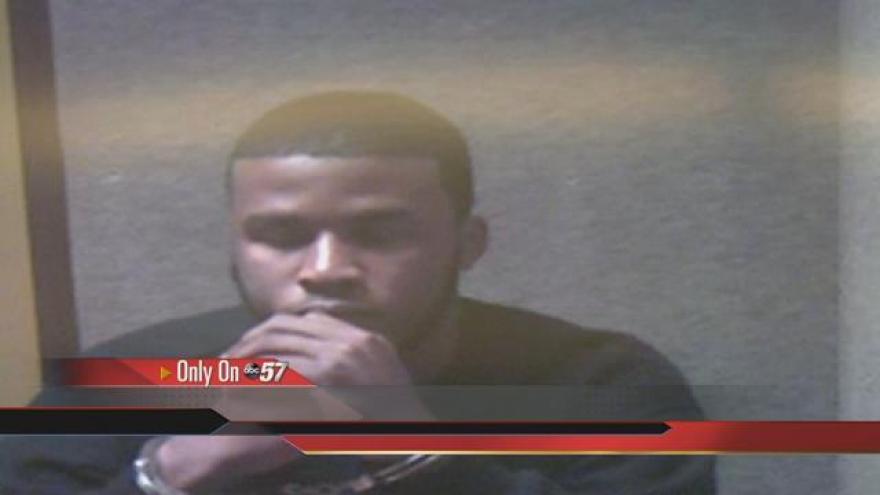 Only ABC57 cameras were rolling Friday afternoon, as the 20-year-old suspect in Wednesday's Benton Township shooting was arraigned.

Judge Donna Howard did grant Anthony Levail Sanders a bond, amounting to $500,000 cash and stipulating a GPS tether, should he come up with the money.

The charges against him are for both Kenneth Martin Jr.'s death, and Martin's fiancee, Cynthia Sorrels' presence during the attack.

Sanders is looking at a maximum sentence of life in prison without parole.

He's also accused of stealing a bicycle back in August of 2015. But because that count of larceny is just a misdemeanor, he may just have to pay some fines if he is found guilty.

The main focus of his hearing Friday afternoon, was for his alleged role in a murder.

Judge Howard kept answering his frequent questions, and reminding him that whatever he said in court would be on record.