Bernie Sanders tries to calm skeptical supporters: 'We have got to elect Hillary Clinton and Tim Kaine' 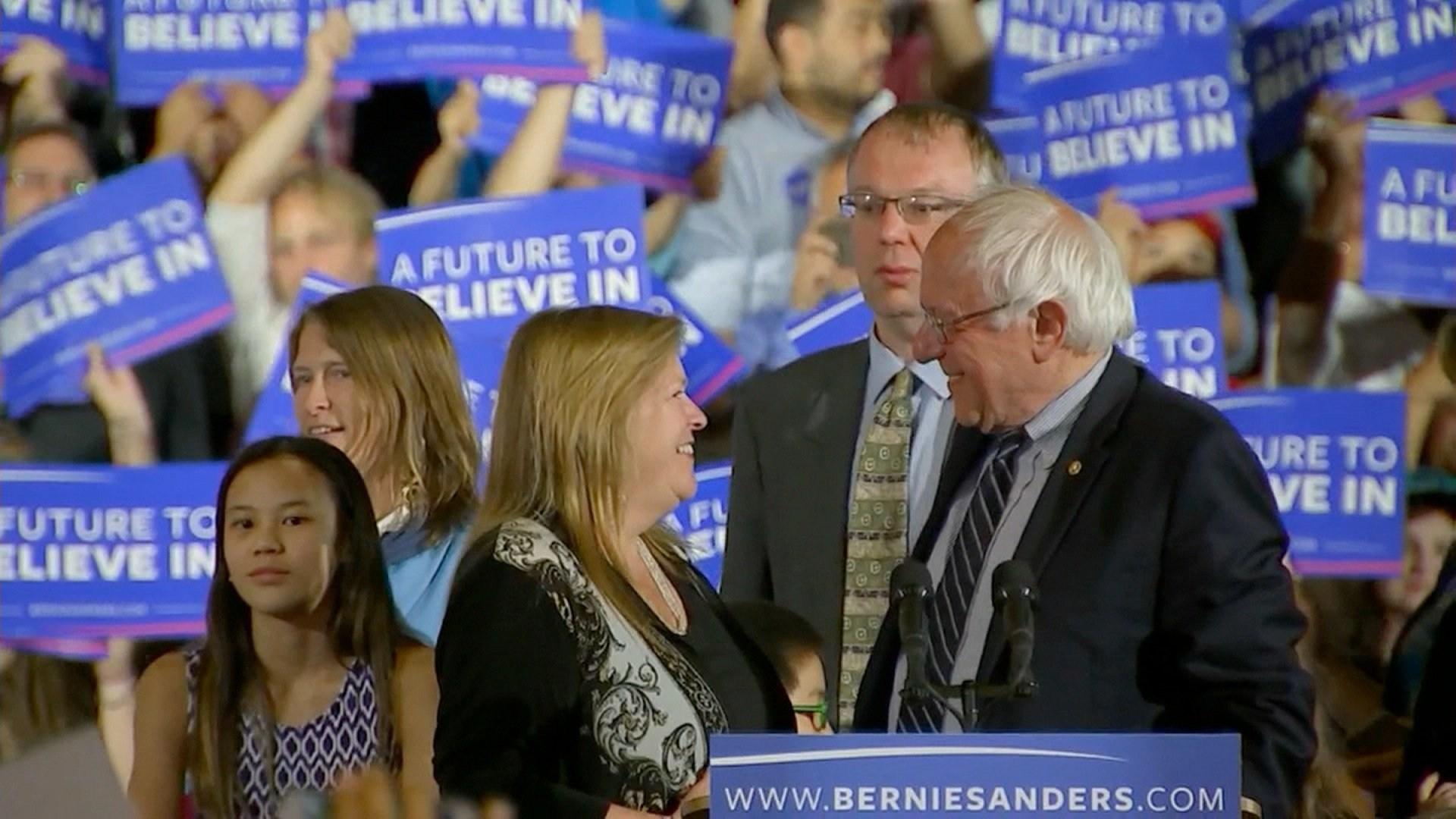 (CNN) -- Former Democratic presidential candidate Bernie Sanders tried Monday to calm a crowd skeptical of Hillary Clinton, using a rally in advance of his convention speech to call for the party to unify against Republican presidential nominee Donald Trump.

"We have got to elect Hillary Clinton and Tim Kaine," Bernie Sanders said, which prompted some attendees to shout him down.

Sanders is expected to speak at the convention Monday night.

Earlier in his remarks on Monday afternoon, Sanders addressed the other elephant in the room: the impending resignation of Debbie Wasserman Schultz as chair of the Democratic National Committee.

Sanders broached the topic after rattling off a series of post-priMary victories by his supporters, from helping pass the "most progressive platform ever written in the history of the Democratic Party" to ensuring a 60% reduction in super delegates in the next presidential election.

"Her resignation opens up the possibility of new leadership at the top of the Democratic Party that will stand with working people, and that will open the doors of the party to people who want real change," he said.

Jeff Cohen, co-founder of Roots Action and the Bernie Delegate Network, said that Sanders delegates have been discussing ways to approve an alternative to Tim Kaine for the ticket.

Cohen, whose group claims to represent 1,250 of the roughly 1,900 Sanders delegates, believes it would have no trouble getting the 300 signatures needed to place an alternate name up for consideration.

"There was a feeling that if King Clinton really wanted party unity, instead of lecturing to Bernie delegates, she would have picked from a half dozen of stronger VP candidates," Cohen said, mentioning Massachusetts Sen. Elizabeth Warren and Ohio Sen. Sherrod Brown as options to assuage the base.

Cohen, who is not a delegate himself, acknowledged that any bid to block Kaine from the ticket would be a hail mary pass and is almost certain to fail. He also said that his group, which he stressed was separate from the Sanders campaign, has not decided on what they will do.

"Bernie has always stressed it's not about me, it's us, and there would not have been this hugely successful campaign without us," Cohen said Monday. "I think Bernie knows that a lot of the delegates are unhappy."