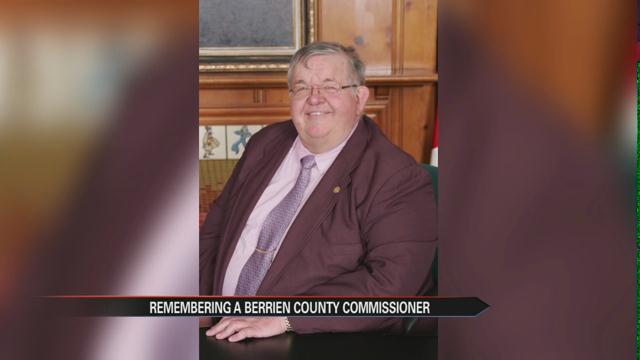 Hinkelman is the chairman of the Board of Commissioners. He said Nitz had a special connection with the people in Baroda and Bridgman.

Hinkleman said, “He was very important to his local community and the district that he served. He touched so many lives along the way.”

Nitz was born in Benton Harbor in 1954 and he served as a county commissioner for 10 years, then went on to be a state representative for 6 years.

Panozzo said, “It was a unique situation, he served and then served as a state legislature, and then came back bringing with him that wealth of knowledge that he had from the state level.”

While it might be difficult to fill Nitz' shoes, the board is accepting applications to fill his seat.

Hinkelman said, “I don't know that any of us can fill the shoes properly of our predecessor but I think it's just important for the new person to be themselves and I would hope that they would have the attributes that would make them a good public servant.”

Nitz' funeral is at St. John's Lutheran Church in Baroda at 10 a.m. on Friday.