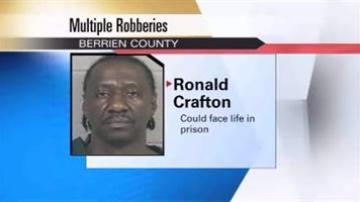 BERRIEN CO., Mich. -- A man could spend the rest of his life behind bars for charges from two Berrien County break-ins.

The 47-year-old faces a maximum life sentence for safe breaking.

He also faces breaking and entering, fleeing, and resisting arrest on top of many other charges.