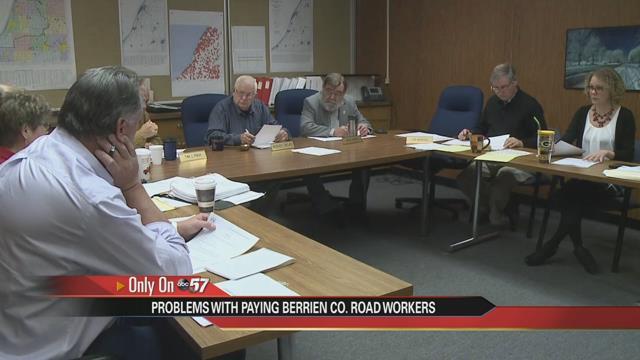 All the Berrien County Road Commission workers want for Christmas is for their raise to kick in.

On Wednesday a group of disgruntled employees brought their concerns about their pay to the board.

They feel that morale is down in part because they haven’t received the wage increase they were promised in September.

A union steward who publicly identified himself in the meeting as "Tony" spoke for the group of workers.

Tony said, “Our raise is not being implemented and I understand what we’re doing is absolutely legal and well within the rights of the road commission to do so. ”

The raise was supposed to be about 25 cents an hour, probably an additional 50 bucks or so for a standard work week.

Tony said, “In the past, that’s certainly not the way it’s been done.”

The managing director of the road commission said it's the union's fault that the workers haven't received their pay increase.

Louis Czsokasy said, “I’m as frustrated as they are for them, but I think this issue is going to be cleared up very shortly.”

Czsokasy said the paperwork is in the union's hands and they're waiting to get it back.

Czsokasy said, “The board has signed that off and sent it back to them. We’re simply waiting for the union signatures now.”

While the paperwork problem gets sorted out, 48 workers who were hoping for extra Christmas money, will have to find other ways to make ends meet.

Road commission officials hope to have an open meeting this month so employees can vent and voice their concerns with how the department is handled.

Czsokasy said, “Our increase over the 3 year contract is about a little over a 1% per year over those three years, so it’s a very responsible contract.”