Morning wind chills will start in the teens, afternoon temperatures will only make it into the 30s, and lake-effect snow is possible to start the month of April.

Luckily, the blast of winter looks to only last for a day, and April overall will likely be warmer-than-normal, according to outlooks from the Climate Prediction Center. 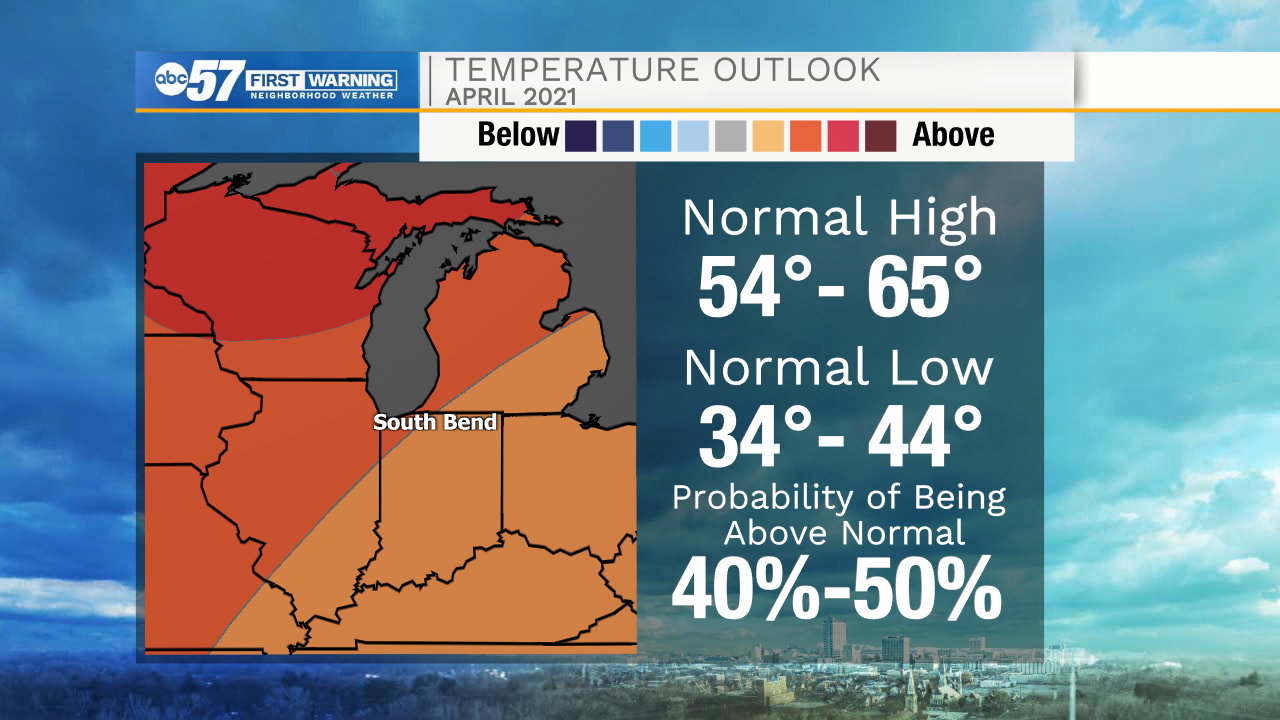 A long stretch of 70s could be in store by the time we start the second week of the month, with strong indications of well-above-normal temperatures for Michiana. 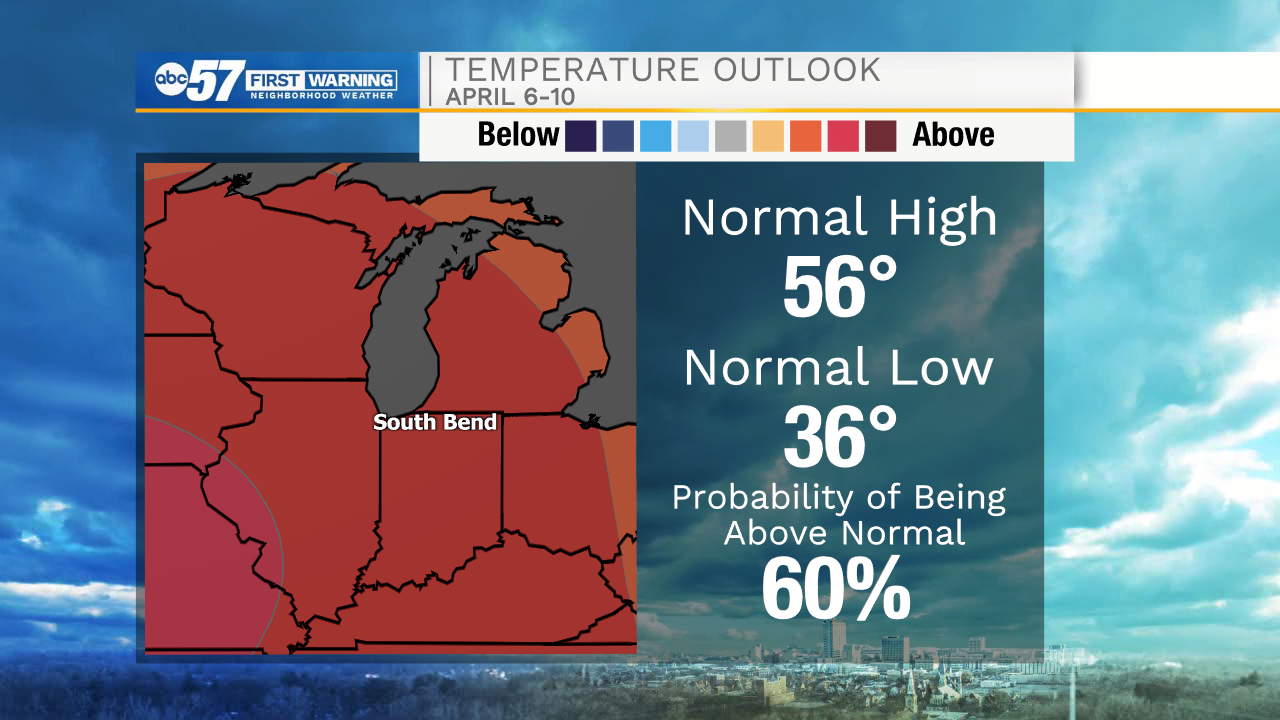 We likely still haven't seen the last of subfreezing temperatures, however. The earliest last freeze of the year in South Bend is April 7th back in 1984. Temperatures should return to more normal levels by the middle of the month, so we'll watch low temperatures closely.

How much rain or snow we'll see next month is a little bit harder to pin down at the moment. 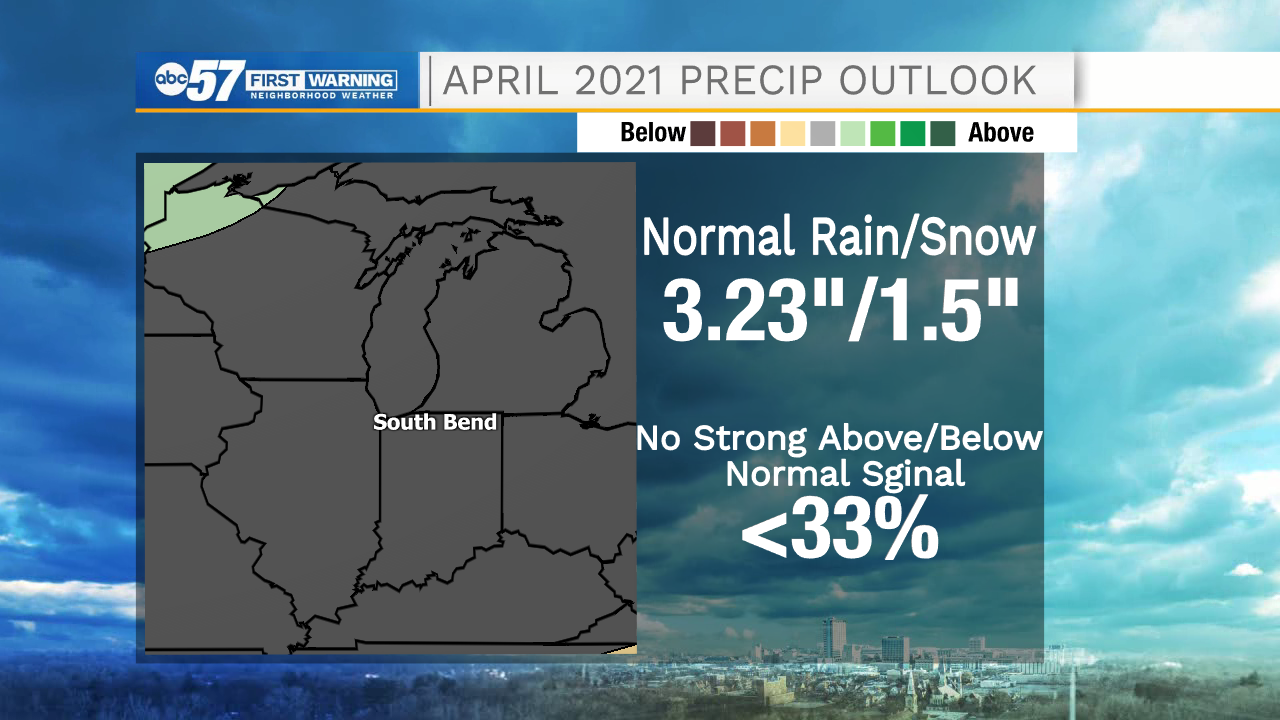 There is no strong monthly signal as to whether Michiana will see above or below normal precipitation. Typically, we get about 3 inches of rain, and an inch or two of snow every April.

April showers look likely for the first chunk of the month, which could lead to slightly above-average rainfall. 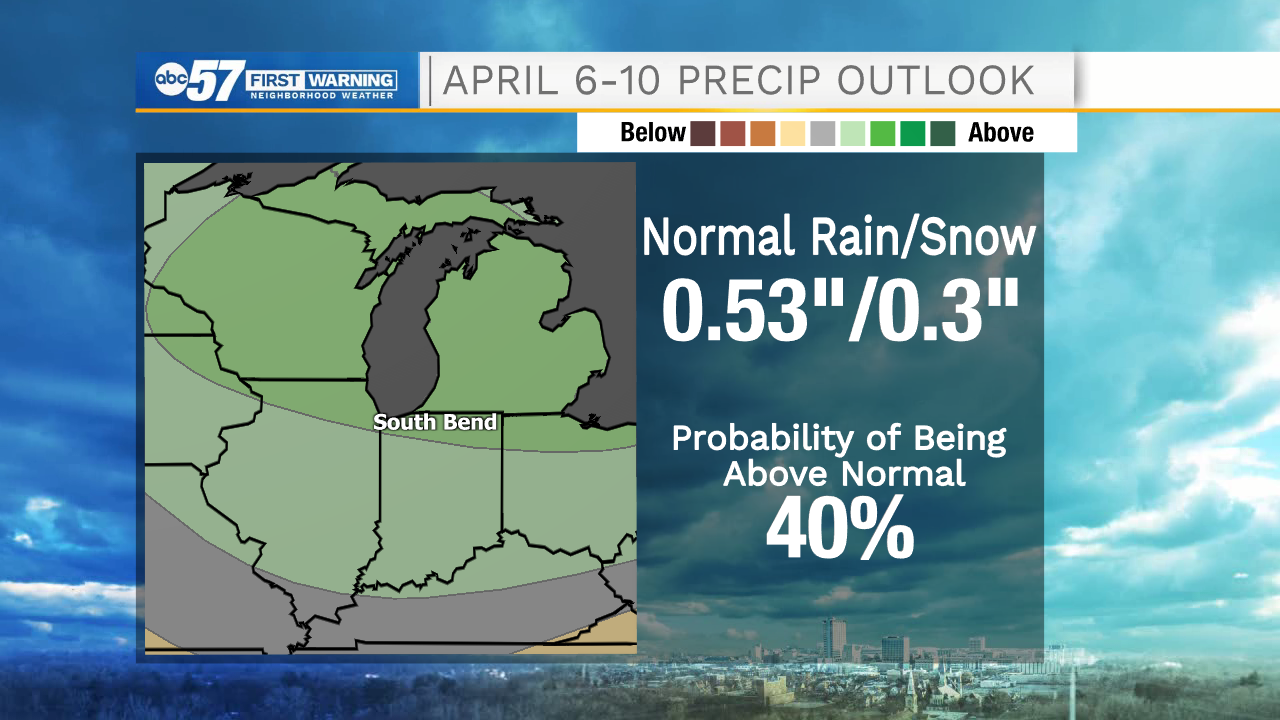 However, most of the month looks fairly dry, with below-normal precipitation being favored for the second half of April. 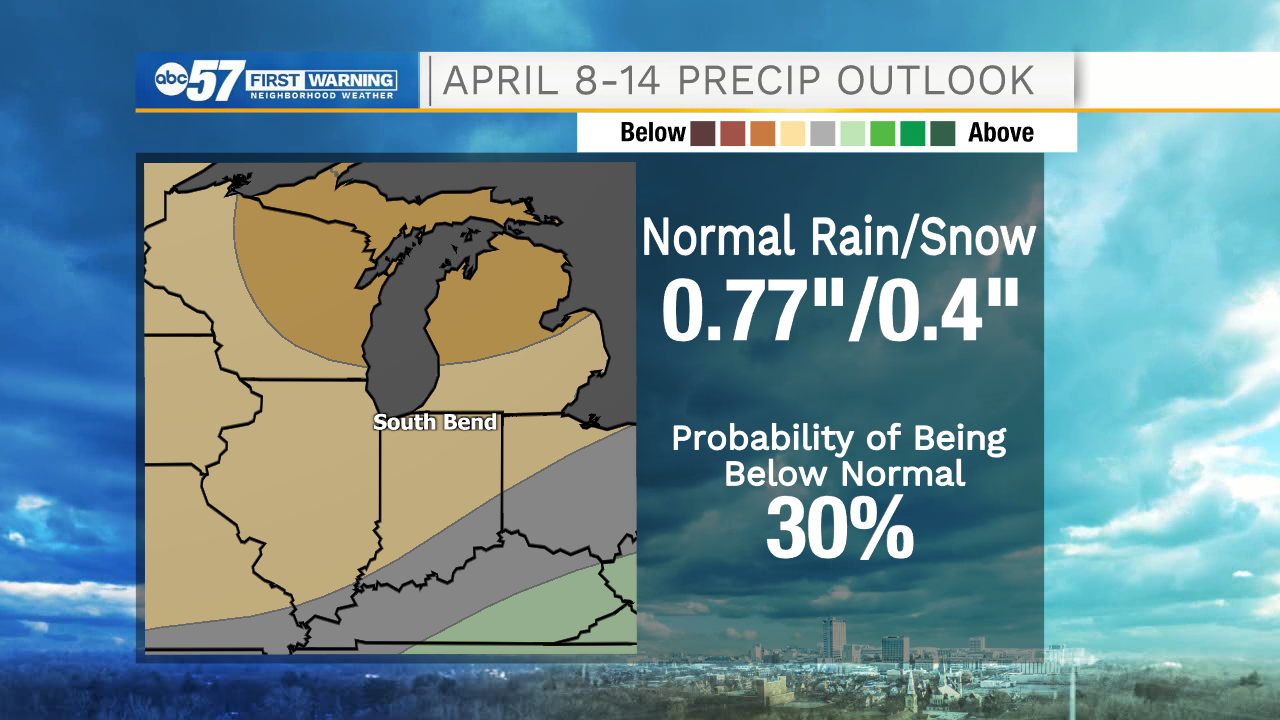