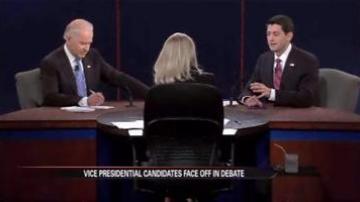 DANVILLE, Ky. -- The candidates for vice president went head to head in Danville, Kentucky for their only debate of the campaign.

Both sides are claiming victory. Joe Biden and Paul Ryan laid out exactly what both campaigns have been saying to the American people.

They have extremely different visions for the nation. They spoke about policies both foreign and domestic and on the economy,

Biden criticized the GOP for stonewalling breaks for middle Americans so the rich can keep Bush-era tax cuts.

Both camps will now watch for movement in the polls as the race tightens with less than four weeks until Election Day.

Next Tuesday the second presidential debate is set for 9 p.m. in New York City at Hofstra University.