Big asteroid to whiz (safely) by Earth this month 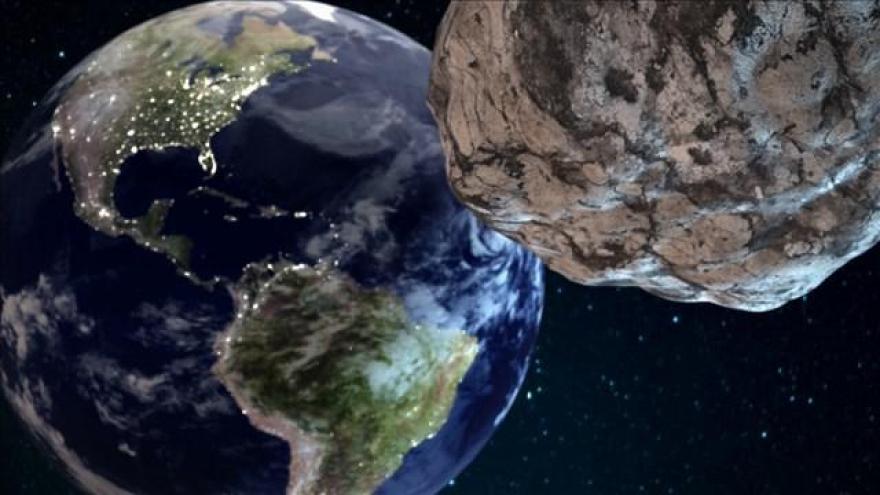 (CNN) -- A large asteroid is hurtling toward Earth -- but there's no need to duck and cover.

The space rock, known by the very dull name of 2014 JO25 will safely fly by Earth on April 19, according to NASA. The chances of it pounding our planet and leaving us for the dead? Zero, experts say.

"Although there is no possibility for the asteroid to collide with our planet, this will be a very close approach for an asteroid of this size," NASA said in a statement.

What size are we talking about? Measurements taken by NASA's NEOWISE space probe indicate the asteroid is about 2,000 feet (650 meters) in size. That's about 670 yards (613 meters), or about the length of six NFL football fields.

While several small asteroids pass within this distance of Earth a few times a week, this is the closest by any known asteroid of this size or bigger in 13 years -- since asteroid Toutatis in 2004, according to the space agency.

Can you see asteroid 2014 JO25? Well, maybe. This asteroid has a reflective surface and you might be able to see it with a telescope.

"The asteroid will approach Earth from the direction of the sun and will become visible in the night sky after April 19," NASA said.

If you don't have your own telescope, you can watch the asteroid online.

Astronomers discovered 2014 J025 three years ago (you guessed it in 2014). This will be its closest encounter with Earth for the last 400 years. NASA said telescopes around the world will be trained on it during the flyby to try to learn more about it.

"Radar observations are planned at NASA's Goldstone Solar System Radar in California and the National Science Foundation's Arecibo Observatory in Puerto Rico, and the resulting radar images could reveal surface details as small as a few meters," NASA said.

If you head out to try to spot the asteroid, you might also want to check out comet PanSTARRS (C/2015 ER61). It also is making its closest approach to Earth -- coming about 109 million miles (175 million kilometers) from the planet. NASA said it's visible in the dawn sky with binoculars or a small telescope.