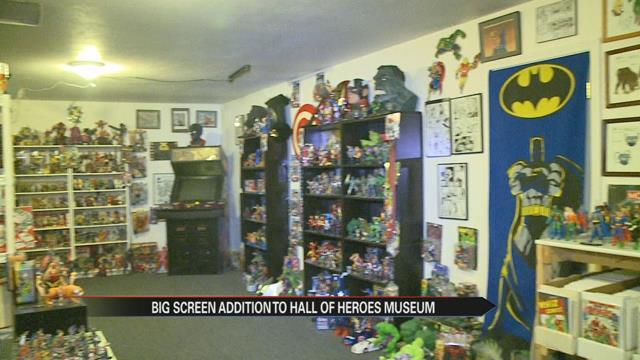 The only comic book and superhero museum in the world is located right here in Michiana and on Monday night it will be featured on the Discovery Channel as part of the hit series Fast N’ Loud.

The Hall of Heroes Museum opened 8 years ago and has already been featured on five different national television shows.

The latest episode will air Monday night on the Discovery Channel at 9 p.m. and will showcase how the museum received a 1965 Shelby Cobra from the first Iron Man movie.

And even with this latest rare collectible in its possession, combined with other antiques worth a combined $3.5 million, Stewart says most of the museum’s visitors are out of state.

“We bring in more tourism than any other museum in Elkhart County, out of state tourism. Probably 80 percent of our visitors are from out of state, here at Hall of Heroes,” said Stewart. “We bring a lot of tourism here to Elkhart so we’re looking for donors and sponsors to help us get a larger location to bring more tourism to our area, so that’s one of our big goals."

Getting a larger location is only the beginning of what Stewart says is a massive plan in the upcoming years.

He says the museum is in the process of pitching a reality show to a variety of networks.

After that, he says the museum will hopefully have the money to move to a bigger location.