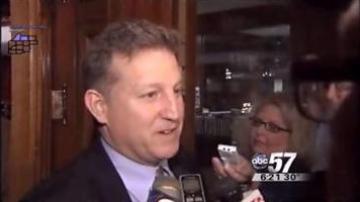 INDIANAPOLIS, Ind.-- A big shake up in the race for Indiana Governor.

Republican Congressman, Mike Pence, will now run unopposed in the May primary.

His only opponent, businessman Jim Wallace, was knocked off the ballot Friday.

The state election board said that he didn't have enough signatures on his petitions.

Wallace isn't sure what he will do next.

Wallace said, "There's, you know, an method for judicial process here.  And we're gonna take a look at what our options are.  But, we're disappointed."

One board member wasn't even sure if some of the petition signatures were valid, since the handwriting looked the same.