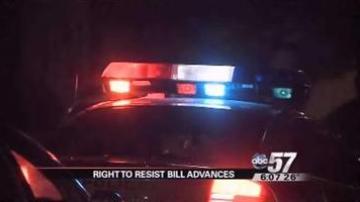 LAGRANGE COUNTY, Ind. – On Tuesday, an Indiana Senate committee approved a bill that allows Hoosiers to use force against police who enter their home illegally!

The decision comes after uproar over a Supreme Court decision. In May, the High Court ruled homeowners could not violently resist police. But justices said legislators could consider changing the law if they didn't think the ruling was appropriate.

Under the bill, cops would be allowed to come into your home if they have a warrant, if they are chasing a criminal, think someone is in danger, or if they are invited.

The bill now goes to the full senate.