Bill Cosby is on trial again. But a lot has changed since his mistrial last year 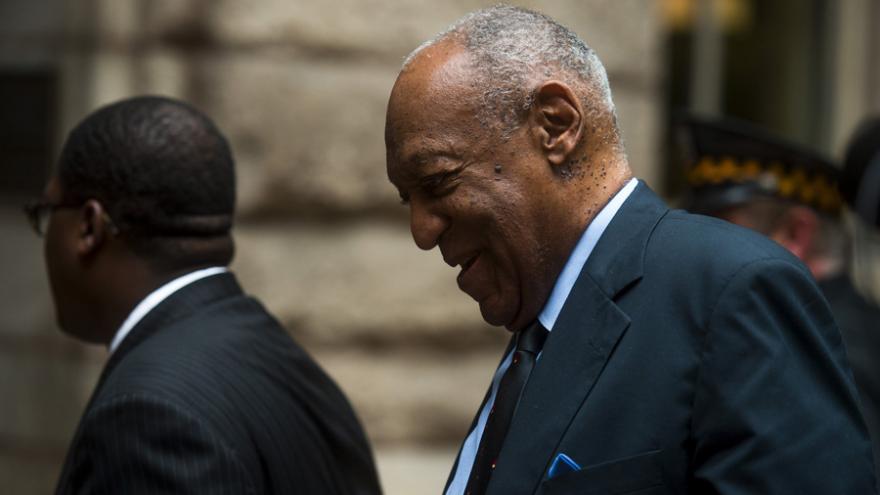 (CNN) -- Less than a year after his trial ended in a hung jury, Bill Cosby will again stand trial on three counts of aggravated indecent assault.

This time, though, the proceedings will unfold in a markedly different courtroom -- and a different world.

As before, the state criminal case centers on Cosby's word against that of Andrea Constand, a former Temple University employee who alleges Cosby drugged her, then assaulted her in January 2004 at his home near Philadelphia.

Cosby, whose reputation has collapsed since his '80s sitcom redefined mainstream depictions of African-American families on TV, has pleaded not guilty to the charges. At his first trial, defense attorneys tried to poke holes in Constand's version of events and argued that they had a consensual sexual relationship.

This time, Cosby faces a different landscape, including the pressure of the #MeToo movement, the testimony of as many as five other women who claim similar misconduct by Cosby and his own new team of aggressive defense attorneys.

Those key differences are likely to make this retrial more difficult for the 80-year-old entertainer to win, legal experts said.

"It's unquestionably worse for him because of the five new witnesses that come in and also because the climate of the country is much worse" for defendants like Cosby, said Shan Wu, a former federal prosecutor who specialized in sex crimes.

"On the upside for him, I think the prosecution's case, other than the five new people, is still the same case, and last time they were unable to get a conviction," he said.

If convicted, Cosby could face up to 10 years in prison on each charge. Here's a look at what's changed in the case and what it might mean for Cosby.

What happened then: As dozens of women publicly shared claims of sexual misconduct by Cosby, his professional options dwindled and his once-esteemed legacy fell apart. His fall from grace was remarkable, particularly compared with his clean, groundbreaking image as "America's Dad."

The #MeToo movement has changed the way the public sees celebrities accused of misconduct and the women who say they've been abused. It has also solidified the idea that men who abuse their power should be punished for their misconduct, as we've seen other comedians, politicians and business executives who've lost their jobs and businesses.

What the change means: This cultural shift is particularly important for Cosby, a barrier-busting comedian who for years capitalized on his warm, fatherly reputation. The notion that celebrities with good reputations would not harm others "has been substantially deflated" by the #MeToo movement, Fordham Law associate professor James Cohen told CNN.

"It's now become much, much easier because of the #MeToo movement to see through that (idea) and to accept the fact that, just as in some of these other cases, it's likely not true," he said.

Although Constand's allegations against Cosby predate #MeToo, his retrial will unfold against its backdrop, Wu said.

"There is the potential that instead of the prosecution having to try a case against a very beloved American icon, instead there's the possibility that they're now bringing a criminal case against another male predator of this generation of guys who has been getting away with it for ages," he said.

Cultural movements can impact juries, said Michelle Madden Dempsey, a former prosecutor and a law professor at Villanova University. But it will all depend on the specific makeup of the jury.

"I'm not naive enough to think that cultural shifts don't impact the jury's understanding of the evidence," she said, "but I also have confidence that jurors make every effort to judge the evidence before them."

What happened then: Dozens of women with stories similar to Constand's have publicly come forward to accuse Cosby of sexual misconduct. However, many of the allegations fall outside the statute of limitations for assault cases. Constand's case is the only one that has yielded charges against Cosby.

Judge Steven O'Neill ruled at Cosby's first trial that prosecutors could feature testimony from one other woman with a claim similar to Constand's.

Kelly Johnson testified that Cosby gave her drugs that incapacitated her and then assaulted her. Prosecutors argued that her testimony showed that Cosby's actions were part of a concerted pattern and so, in Constand's case, were not simply a mistake.

What's happening now: For the retrial, O'Neill ruled that as many as five additional women with similar accusations against Cosby may testify against the comedian.

Among them is model and reality TV personality Janice Dickinson, who has been subpoenaed to testify at the second trial, a source close to the case said. Dickinson said in a November 2014 interview that Cosby sexually assaulted her in 1982 after the two had dinner in Lake Tahoe. At the time, Cosby attorney Martin Singer called the accusation "a fabricated lie."

But why did the judge change his thinking on "prior bad acts" witnesses? O'Neill did not provide a detailed explanation for his decision.

But having witnessed the defense's and prosecution's strategies during the first trial, O'Neill might have concluded that more witnesses would be relevant to the case, said Dennis McAndrews, a former prosecutor who attended Cosby's first trial.

"That's a judgment call by a judge," he said. "It can change depending on changed circumstances."

It's not yet clear who else prosecutors will call to the stand.

What it means: The increase from one so-called "prior bad acts" witness to five is likely to bolster the prosecution's case that Cosby's interactions with Constand were part of a pattern and make her allegations more believable, legal experts said.

"There is safety in numbers," Cohen said.

If the witnesses' experiences are similar to Constand's, Dempsey added, then the jury may see a pattern, or modus operandi, in Cosby's acts.

"The purpose of introducing the 'other acts' evidence is to cut against the idea that this is a one-off, he said-she said where he could have reasonably thought that she was consenting to what was going on," she said.

Allowing these "prior bad acts" witnesses means there will be "more voices pointed at him," Cohen said, a difficult issue for a defendant to counter.

"It's the similar acts that normally will kill a defendant as opposed to the actual charges," he said. "There's just something about them that jurors take particularly seriously."

Too seriously, perhaps. Wu cautioned that the change from one "prior bad acts" witness to five was a controversial decision that could make the case vulnerable on appeal.

"The potential for prejudice (in these cases) is always, of course, enormous," he said.

What happened then: At the first trial, Cosby was represented in court by attorneys Brian McMonagle and Angela Agrusa.

Mesereau's tough tactics and his flowing white hair made him a widely recognizable figure in the world of celebrity legal defense. In the wake of Jackson's acquittal, Barbara Walters named him one of the 10 Most Fascinating People of 2005.

Mesereau has represented several other celebrities. He defended boxing star Mike Tyson, who was being investigated for sexual assault in San Bernardino County, California; the case resulted in no charges. He also represented Robert Blake, the actor accused of murdering his wife, during pretrial hearings and got Blake out on bail. Blake was acquitted of murder.

What it means: The new legal team appears willing to take a more aggressive tack in Cosby's defense, experts said.

"They (have) a very aggressive, showman-like kind of approach, while Brian McMonagle's was kind of more of a Philadelphia street fighter approach," McAndrews said.

For example, Mesereau's team asked to introduce as evidence the monetary settlement in Constand's 2006 civil suit against Cosby, which Mesereau said will show how "greedy" Constand was.

Mesereau has also asked to include testimony from Margo Jackson. According to Mesereau, Jackson claims that Constand admitted that she could fabricate she was drugged and raped by a celebrity and get a lot of money.

Though he can be a bit unorthodox, Mesereau is a courageous, highly prepared lawyer, said his friend, Laurie Levenson, a professor at the law school at Loyola Marymount University in Los Angeles.

"I would say he's confident, but I don't think he's overly aggressive," she said. "He's zealous."

For instance, Levenson recalled that Mesereau asked the key witness testifying against Michael Jackson a simple yet unorthodox question: Why are you mad at the defendant?

Asking "why" is generally a big no-no for criminal defense attorneys, she said. While examining witnesses, lawyers tend to avoid open-ended questions that might result in answers they're unprepared to handle.

The witness answered that Jackson had been his best friend, then ditched him, bolstering Mesereau's argument that the witness was motivated by a personal grudge.

"That was a brilliant move," Levenson said. "It was gutsy, and it worked."

That moment, she said, could offer a preview of how Mesereau might handle the Cosby retrial.