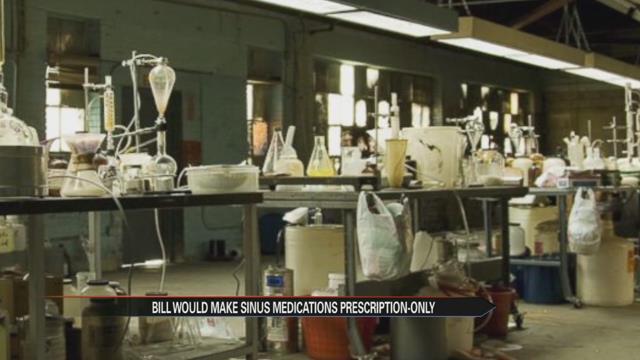 In 2005, Congress passed an act addressing the use of pseudoephedrine in the illegal production of meth but even still the meth epidemic is as prevalent as before especially right here in Michiana.

One reason meth lab incidents continue to be a problem is because of something called smurfing.

It’s a method where individuals are hired to purchase small batches of pseudoephedrine from multiple stores and Indiana lawmakers are well aware of the problem.

“There were nearly 15,000 clandestine labs that were discovered right here in Indiana. We lead the nation in 2013, 14, and now 2015 in the number of lab busts that have occurred in the nation,” said Brian Bosma Indiana House Speaker.

Just this past weekend, deputies with the Elkhart County Sheriff’s Department arrested one person after allegedly discovering a meth lab in a home.

Police say multiple drug related items were in plain sight and just as clear is the state’s growing meth problem.

But on Tuesday, Bosma said new legislation will soon be introduced to make pseudoephedrine drugs available only by prescription.

Bosma says he’s aware of the inconveniences a prescription only policy would cause but he also says he would definitely vote for the bill if got to the floor.