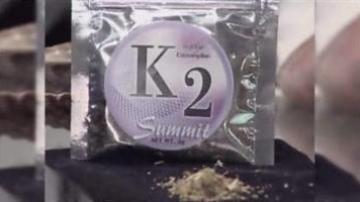 Tuesday, the state senate gave final approval to ban K2 and bath salts. The drugs have been blamed for health problems and violent behavior.

Once the governor signs them, they'll take effect immediately. Some counties and communities have already acted on their own to ban synthetic marijuana.