Snow has already begun to fall in parts of Michiana this morning. As temperatures continue to drop, snow will start to stick and roads will likely be slick in spots. Steady system snow will add up to a general 1-3” of widespread snow with up to 4” possible in spots. Lake effect snow showers start after midday and as winds turn to the NNW, it’ll start to pile up across Michiana. The heaviest snow is expected Monday night into Tuesday morning. The highest totals are expected in Berrien and Cass counties where an additional 8”+ of snow is possible in the northern most parts of the county. 6-8” of snow just outside of that in the same counties. An additional 3-6” stretching down into portions of northern Indiana (see map below for details).

The cold adds another factor to the blast of winter weather. Daytime highs only top out in the low 20s which will break record cold temperatures. The breezy conditions will make it feel even colder. We bottom out in the single digits Tuesday night and it could feel near or below zero. Temperatures slowly start to rise into the weekend with much quieter weather. 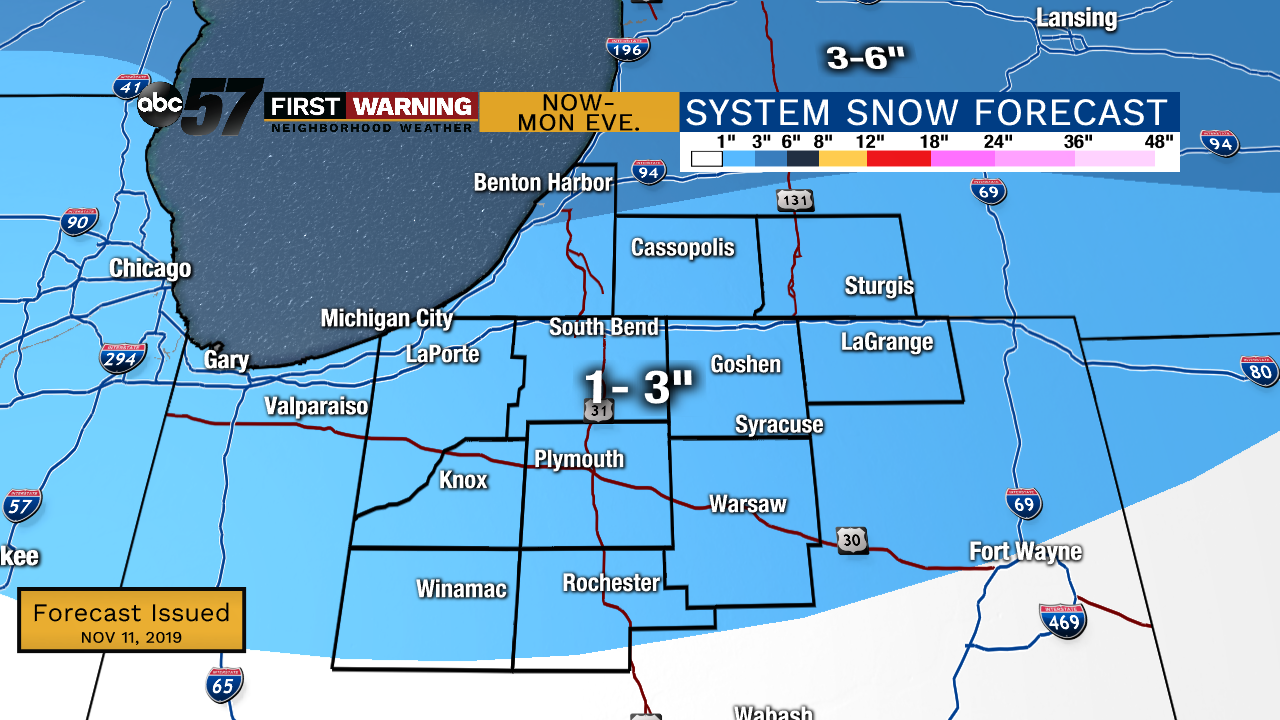 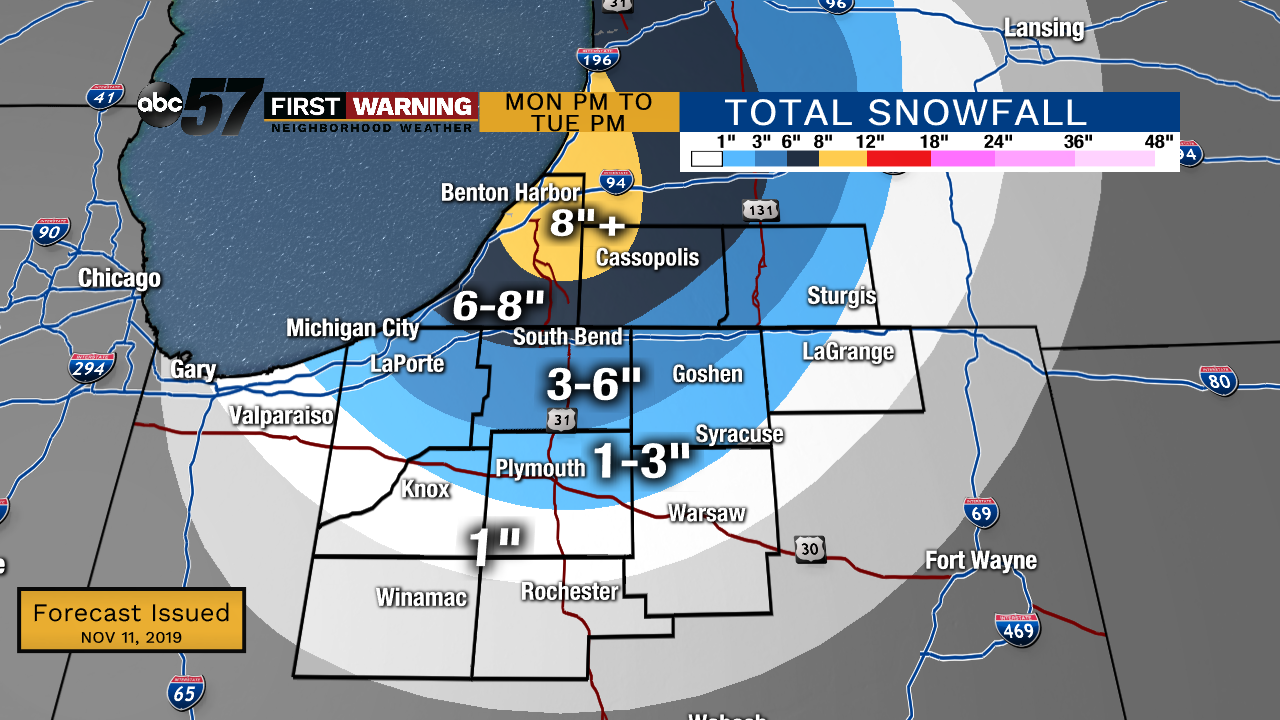 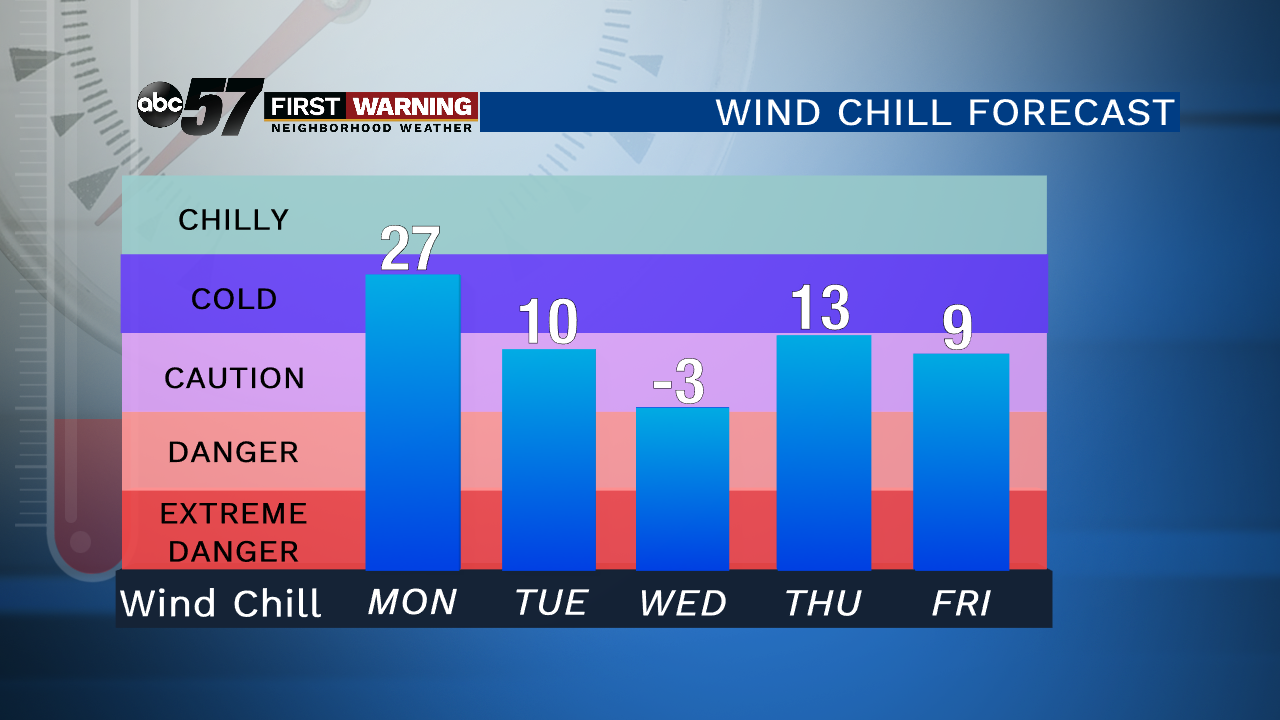