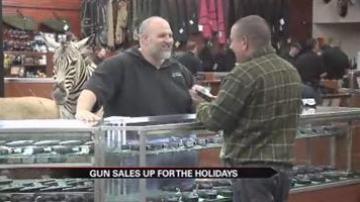 This year, there were 20-percent more background checks than last year, which set the previous record.

The record gun sales were surprising for local retailers who felt the rush – and they say it isn't letting up.

Midwest Gun Exchange says guns and ammo have been selling so fast their stock is low and they are being forced to special order items because of it.

Some believe the continued increase in sales is because of President Obama's reelection, but local retailers hope that's not the case and that business remains steady.