ST. JOSEPH COUNTY, Ind. – Protests have been taking place here in Michiana and all over the country in the last couple of days. The demonstrations sparked by the police-involved death of George Floyd in Minneapolis.

Later today, a Black Lives Matter protest will take place in Mishawaka. The peaceful march will start at 5 p.m. at Battell Park and demonstrators will march towards the Mishawaka Police Station. 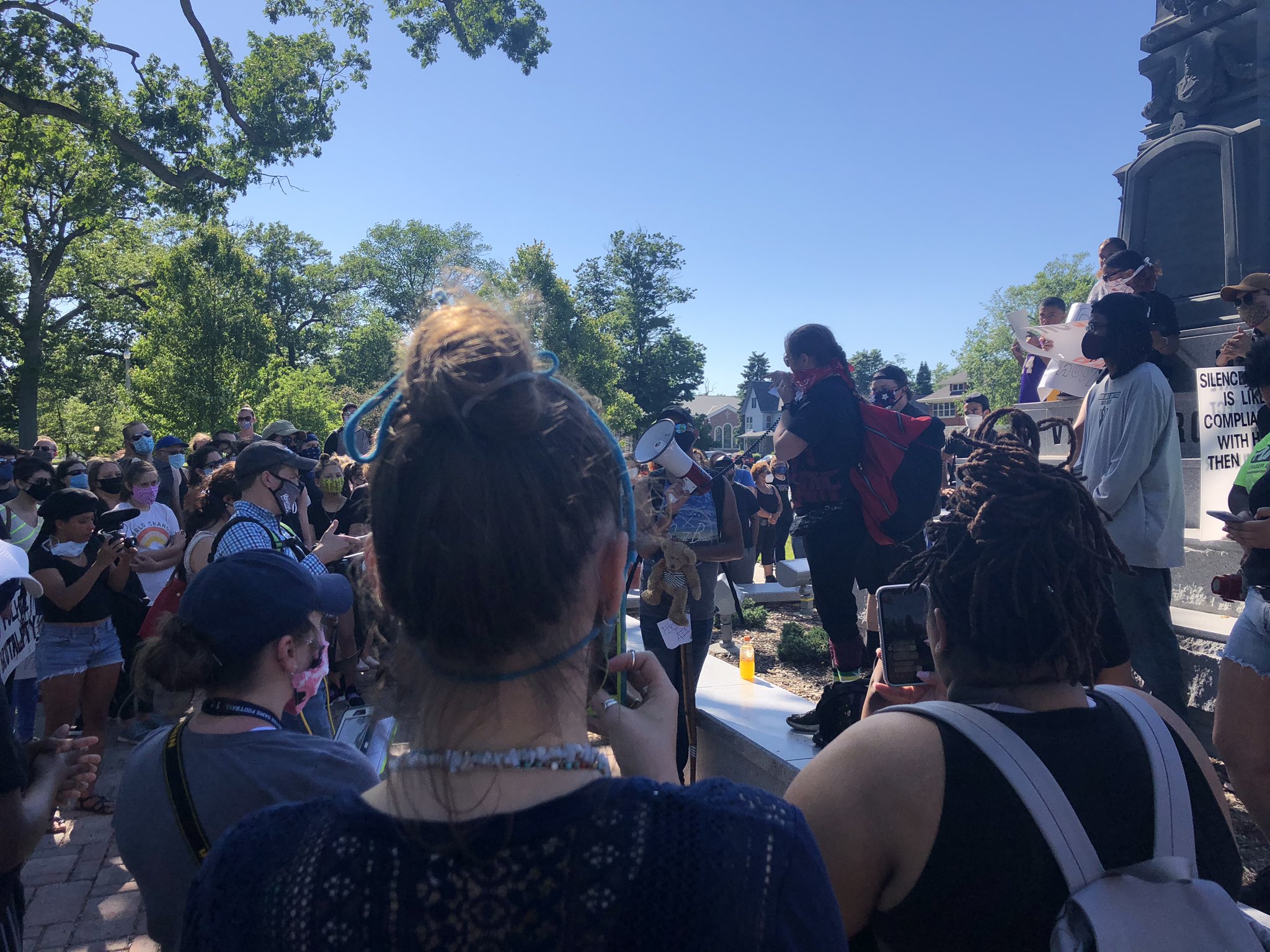 Speeches being made at Battell Park (Photo via Jonathan Bailey)

The organizer, Miah Lynn Thornton said they’re marching to protest police brutality. She said the demonstration is necessary for major changes and to ensure equality for future generations.

Thornton hopes these protests will bring about change.

“These are unarmed citizens like we don’t want any issues with the police,” Thornton said.  “A lot of us do comply."

For Thornton, the goal of the protests is to end racism. She wants to see new laws made to prevent situations like the one in Minnesota, where 46-year old George Floyd was killed in Minneapolis while in police custody; police officers better trained in de-escalating situations and an end to racial profiling.

If you can’t make it out to the peaceful protest, Thornton said there are other ways to show support. People can donate to the cause, educate yourself in the movement, raise awareness, and sign petitions.