Blast near Bogota bullring injures 31, many of them police, reports say 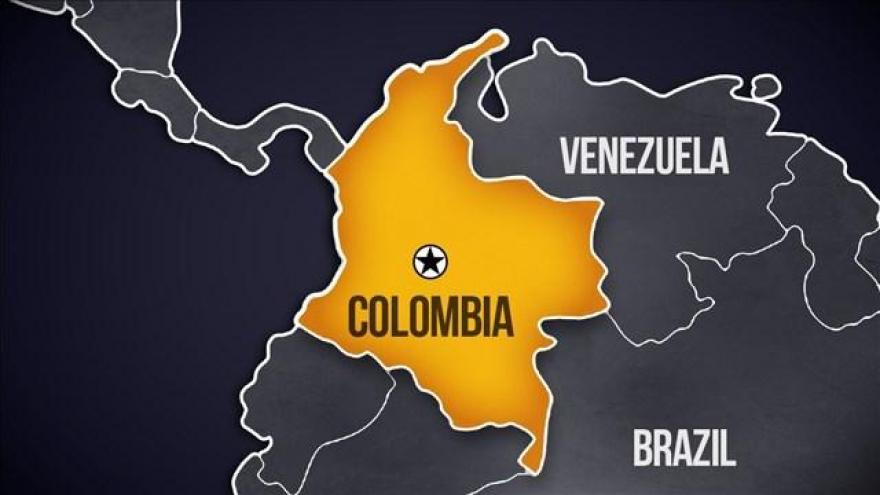 (CNN) -- An explosion Sunday near the Santamaria bullfighting ring in downtown Bogota, Colombia, injured at least 31 people, many of them policemen, according to reports.

Two of the 31 were seriously injured, Mayor Enrique Peñalosa tweeted. At least 10 police officers were hurt, according to the Bogota police press office.

A dozen suspects were taken into custody, the press office said.

"The terrorists won't intimidate us. And we're going to do everything necessary to capture them," Peñalosa said in another tweet.

Footage aired by Medellin-based Cable Noticias showed dozens of police in fluorescent yellow jackets converging at the base of a highrise near the plaza, blocking off streets and directing pedestrians away from the scene.

The stadium is located in the La Macarena neighborhood of the Colombian capital.

It was not clear who was behind Sunday's blast.

Bullfighting has long been a contentious issue in Colombia. On one side are Colombians who say the events are art, part of the country's culture and tradition. Opponents call it animal abuse, and say they want the city-owned bullring to be converted into a space for cultural and educational events.

In 2012, then-Bogota Mayor Gustavo Petro essentially banned bullfighting by suspending the city's contract with the Bullfighting Corporation of Bogota. But the constitutional court overturned Petro's decision, siding with those who say bullfighting is a form of artistic expression.

Bullfights are held on Sundays in January and February in Colombia.

Bogota held its first bullfight in four years in January, and hundreds of protesters converged on the Santamaria bullring, with various media reporting the demonstrators hurled obscenities, spit at attendees and called them "torturers." Riot police had to intervene.

Peñalosa has said he opposes bullfighting but is bound by the constitutional court's decision to allow it. After the explosion, he tweeted that the area was secure and it was safe to attend the event.

According to Humane Society International, about 250,000 bulls are killed during these events annually. Colombia is one of eight countries -- joining Spain, France, Portugal, Mexico, Venezuela, Peru and Ecuador -- where bullfighting is legal, the organization reports.

A change.org petition aimed at persuading the constitutional court to overturn its ruling and end bullfighting in Colombia garnered almost 52,000 signatures.