Blast of heat this week, but summer comes right back next week 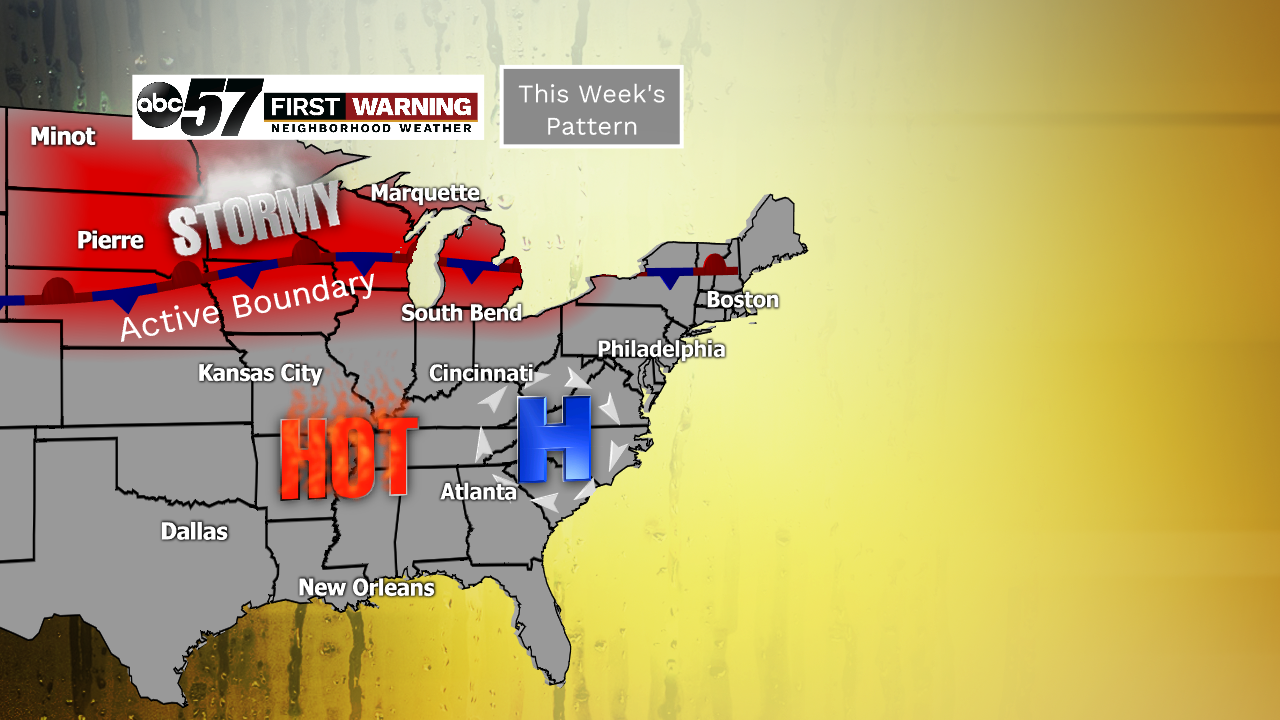 The first day of our 3-day blast of summer heat is here. Temperatures will wind up in the upper 80s to near 90° by the time Tuesday is all set and done.

Wednesday and Thursday will be similarly hot with highs again in the upper 80s each day (possibly middle 80s Thursday).

It's courtesy of a "ring of fire" pattern that has developed across the eastern two-thirds of the United States. An area of high pressure is situated in North Carolina, pumping hot and humid conditions into the Midwest, Ohio Valley and southern Great Lakes. 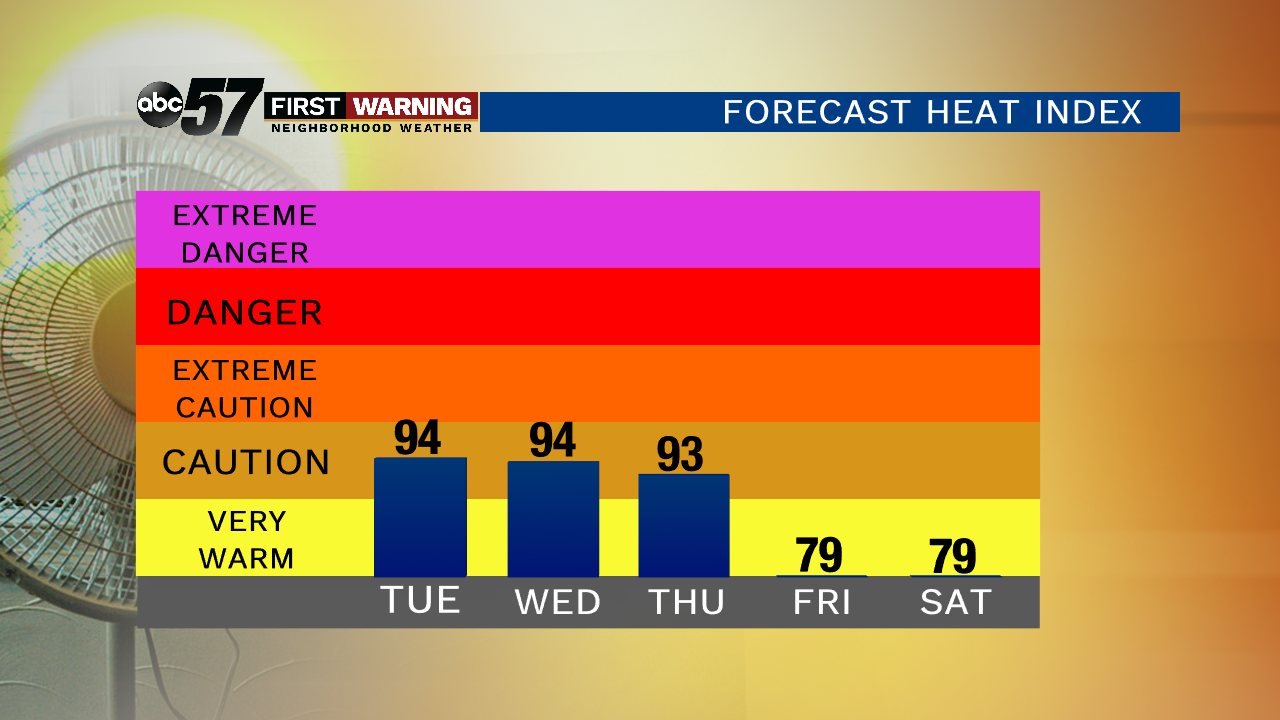 Heat index forecast for South Bend.
On the northern fringe of that "ring" of heat exists a very active boundary. Round after round of rain and thunderstorms will impact the Dakotas, Nebraska, Minnesota, Iowa, Wisconsin, northern Illinois, and Michigan all week long.

Michiana is essentially right on the line between seeing very hot weather and not-so-hot, but very stormy weather. While we will be quite hot and humid, there will also be at least a chance of showers and storms Wednesday, Thursday and Friday. 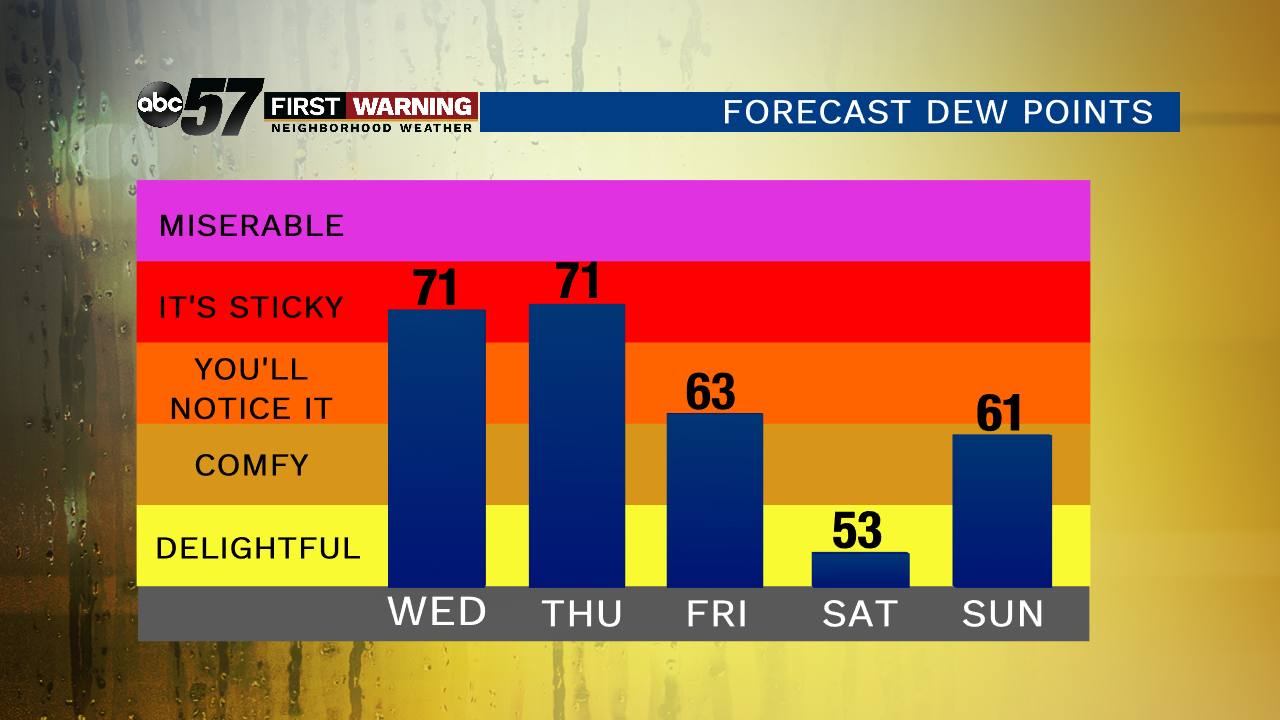 5-day dew point forecast for South Bend.
"Feels like" temperatures will be in the 90s today, tomorrow and Thursday courtesy of very sticky dew points near 70°. When dew points get that high, it simply feels uncomfortable and tropical outside.

The "feels like" temps could get as hot as 95-96° if enough sunshine is present. For perspective, South Bend has only recorded a "feels like" temperature at or above 95° in September a total of 11 times since 2000. 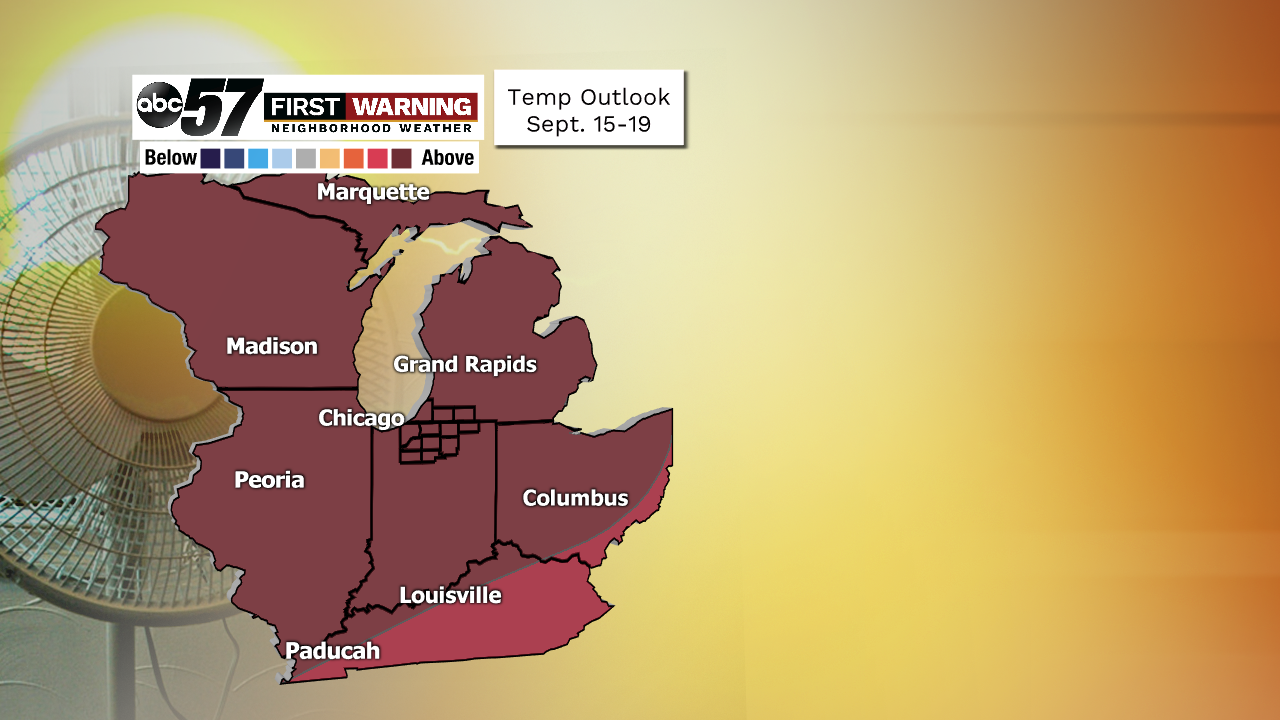 The outlook for September 15-19 favors above average temperatures (80-90% chance). Climate Prediction Center
A reprieve from the heat and humidity is likely from Friday evening thru Sunday morning. It doesn't last, though, as another stretch of above normal temps begins Sunday and lasts through much of next week.

The latest outlook from the Climate Prediction Center says we have a 80-90% chance of above normal temperatures during the period September 15-19. 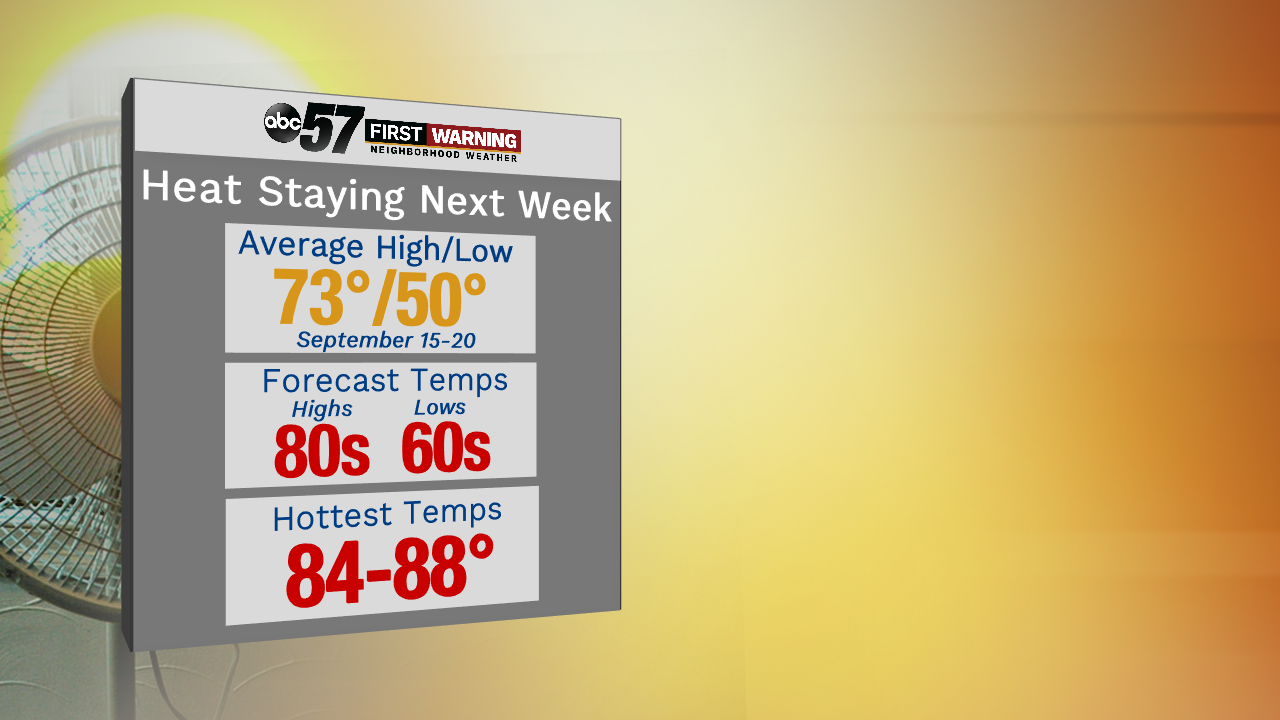 But what does "above normal" mean here in mid-September? Well, our average high temperature this time of year is in the 70s. That means we're likely going to see highs in the 80s from September 15th to at least September 19th.

And it's possible that we surge well into the 80s on a few of those days. Basically we're saying summer is by no means over yet.