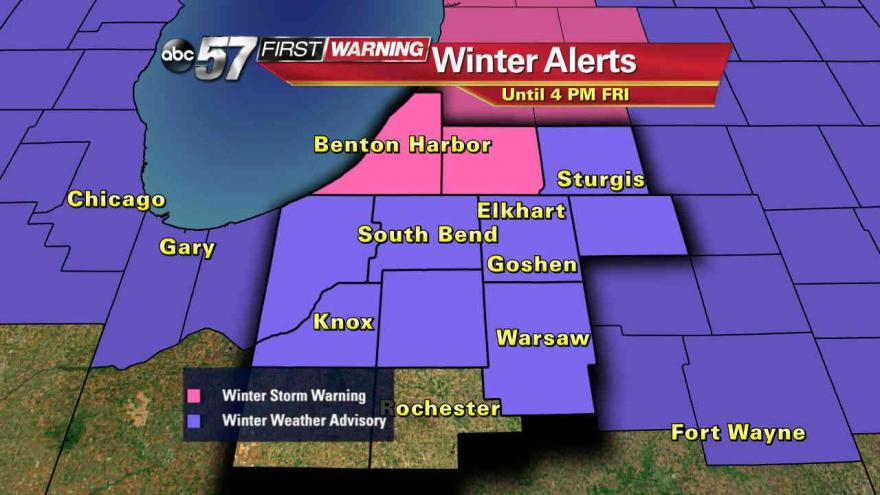 Update 12:30 AM: Numerous reports have come in overnight of county roads being drifted shut and near impassible in outlying areas.

Wind, gusting in excess of 20 MPH will continue to cause problems on the roads through Friday (Fig 3). The wind will change from southwest to west during the overnight, this will cause drifts on north-south roads. By 5:00 AM the wind will turn northwest and east-west roads will once again see the most drifting.

System snow transitions to lake effect with another 1"-3" likely in the snowbelt, with localized higher amounts in Berrien and Cass Co.

ABC-57 News: Snow will quickly ramp-up this evening bringing 1"-3" of snow for the late afternoon and early evening. Plan on a messy driving conditions with low visibility. Peak snowfall will be between 5 PM and 10 PM, with lingering snow into the morning. Gusty wind will keep many roads snow covered with drifting, after the snow is done falling.

A Winter Weather Advisory is in effect for most of Michiana with a Winter Storm Warning for Berrien and Cass counties in Michigan were up to 8" are possible when factoring the lake effect snow (Fig 1).