Boater hospitalized after getting cut by propeller 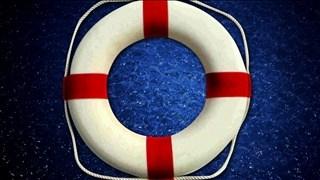 An 18-year-old man from Bourbonnais, Illinois was cut by a boat propeller while tubing on Lake Maxinkuckee around 5 p.m. Wednesday.

According to the Marshall County Sheriff's Department, one of their boats was on patrol when it was approached by a boat.

The operator of the boat told officers he had an injured passenger.

According to the investigation, William Walker was tubing and was in the water when the operator of the boat lost sight of Walker when water splashed over the bow of the boat.

When the operator tried to shut the boat off, he accidentally bumped the throttle.

Walker went under the boat and was cut by the propeller.

He was taken by ambulance to St. Joseph's Hospital with serious injuries. The injuries are not believed to be life-threatening.