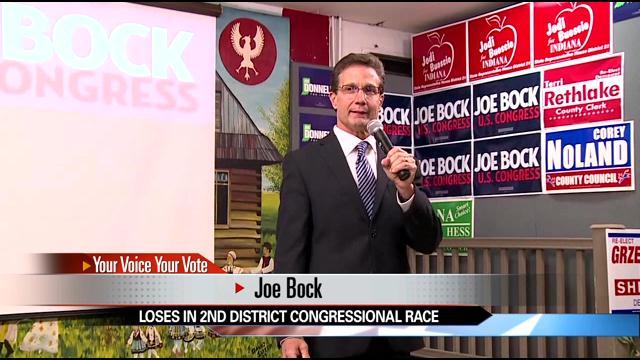 Democrat Joe Bock, a Notre Dame professor and former Missouri State Representative, lost the 2nd Congressional District race to Jackie Walorski. Even after the race was called, Bock and his supporters remained positive.

Bock's supporters cheered him, despite the loss.

He took to the stage and talked about how he felt when he heard he was not elected.

"It's never easy to lose. I was thinking earlier today-in high school I played football and we were 8 and 2 and the 2 were hard. I feel a little like that tonight," said Bock.

Bock did not win overall, but he did win St Joseph County by over 400 votes.

Bock said he thought the race would have been closer in other counties because his campaign had offices and a presence in 5 of the 10 counties.

"It's gratifying to think that we were strong here but at the same time it was hard to know that we spent so much time in some of the other counties - it was a little hard to see some of those results coming in," said Bock.

Bock's supporters were disappointed he didn't win, but say they were not surprised because of how the districts are divided up.