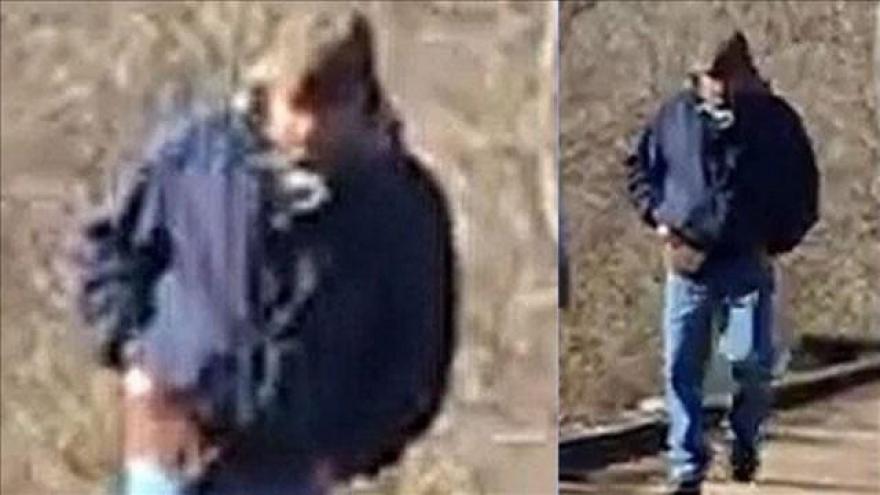 (CNN) -- The bodies of two missing Indiana girls found in the woods near a creek have been identified, and their deaths are being investigated as a double homicide, authorities said Wednesday.

The bodies were discovered by search volunteers Tuesday along a railroad bridge near Dear Creek in Delphi, about 70 miles northwest of Indianapolis, the Carroll County Sheriff's Office said in a statement.

On Monday, the teens were dropped off to go hiking, but when they did not show up to be picked up by family members, police were notified. Soon after, a search party was formed of community volunteers and several law enforcement agencies, police said.

This is believed to be the first double-homicide investigation in Carroll County's recent history, State Trooper Sgt. Kim Riley said at a news conference.

Police are not releasing the cause and manner of death of the teens at this time.

Police provided a photograph of a man who was on the Delphi Historic Trails about the time Abigail and Liberty were walking. They are asking help from the public to identify him so he can be contacted regarding what he might have seen.

Investigators are proceeding with caution and not calling the individual in the photograph a suspect. There is no suspect(s) in custody at this time, police said.

"There is someone out there that did this crime and we're going to track them down," Sheriff Tobe Leazenby told CNN affiliate WXIN. "Folks should continue with business as usual but be more mindful and watch your surroundings a little closer."

CNN's Chris Boyette and Jennifer Moore contributed to this report.