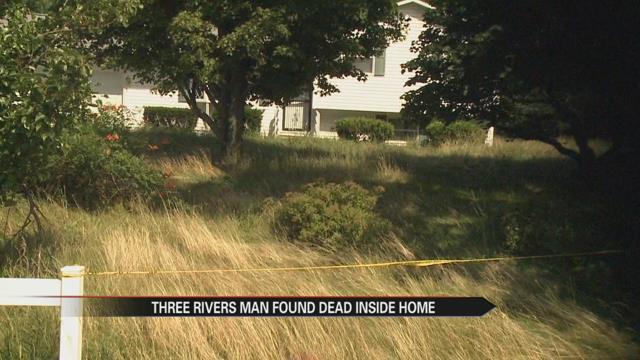 The crime scene tape is still up outside the home on the 53000 Block of Buckhorn Road in Three Rivers.

The body of 49-year-old Phillip Feek Jr. was found on Monday July 13th, after a concerned neighbor called the police after seeing a suspicious red truck.

“The neighbor called because the house had been vacant and it was obvious just from driving by you could see the grass was real tall and appeared like nobody had been living there," said Detective Sergeant Todd Petersen.

When troopers pulled up, they saw over-grown bushes, grass standing more than four feet tall, and the door of the shed wide open.

An eerie looking scene on the outside and horrific discovery as a trooper made his way inside.

“As he entered in to secure the house he found a deceased male inside the residence," said Petersen.

The body is believed to have been inside the home for at least 9 months.

“Because of the fact it’s been so long it makes hard to determine cause of death and time of death," said Petersen.

Police have not ruled out a possible homicide or suicide and the investigation is still ongoing.