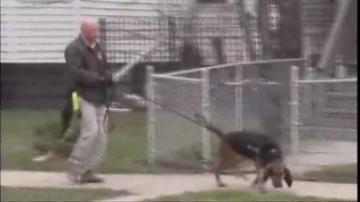 NORTH RIVERSIDE, Ill. — The body of a baby boy that disappeared last month was just discovered in a river outside of Chicago.

The child's mother initially told police her son had been kidnapped.

She later admitted that her boyfriend held the boy down while she hit him with a belt and then dumped him in the river.

The man who found the baby wants justice.

"I want justice to be done to whoever did this to Bryeon whether it's the mother or the boyfriend. I don't care who it is," said Robert Larson.

The mother and her boyfriend were in court Wednesday. Both are charged with murder.