Body of Trina Winston may have been found 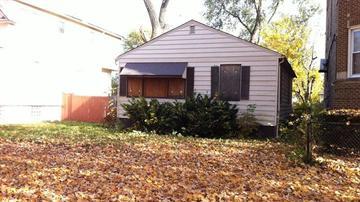 ST. JOSEPH COUNTY, Ind -- A body found in Chicago on Tuesday may be that of Trina Winston, according to St. Joseph County homicide investigators.

The body was found behind a vacant home, under tires by a utility worker around 10 a.m.  on Tuesday at 91st and Harper Avenue on Chicago's south side.

Chicago Mentro Homicide Unit investigators said they have reason to believe it may be the body of Trina Winston.

Annette Steele has lived on South Harper Avenue in Chicago for 42 years.

"The grass stands as tall as me, and it’s just a shame that had happened because she didn't respond to our complaints for weeds, they would have found that young lady before now,” said Steele. “We've got over 20 complaints for that property alone.”

Wednesday morning, a city worker reading a meter in the backyard of the neglected home discovered the body.

"The meter guy came to read the meter and I saw him when he came back from there and he looked dismayed and I asked him what was wrong and he said he saw a body that's when he called the police,” said Steele.

Steele said it is good the body was found now, or it may never have been found.

"I'm surprised they even found her because had it not been for that meter guy, snow would had probably covered her up and nothing would had become of her. Just blessed that he went through there to read that meter and it’s just God sent because that place is boarded up. You wouldn't even think that they'd be reading a meter at those vacant houses,” said Steele.

Tarrence Lee was charged Aug. 28, 2012 in Winston’s death. He is in custody at the St. Joseph County Jail with no bond.