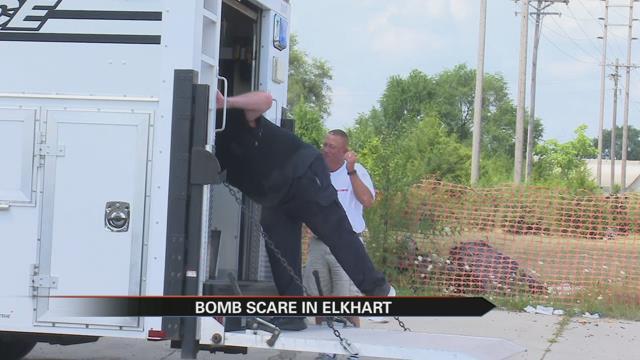 Elkhart Police called in the bomb squad after a man mowing his lawn found a suspicious item Thursday around 11 a.m.

The item was found near Nappanee Street and Lusher Avenue.

Police said the item was a tote with wires sticking out of it so they called in the Bomb Unit.

Members of the bomb unit used a robot to open the tote and look inside. They determined the tote contained personal items and trash.

It was determined to be harmless.

Police have cleared the scene.