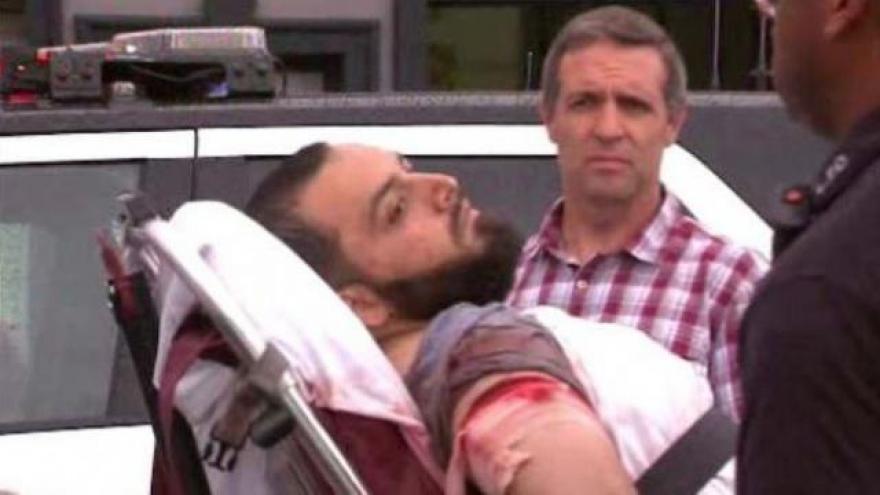 (CNN) -- The man accused of being connected to a series of bombings on the East Coast has been arrested after a shootout, according to sources.

It happened in Linden, New Jersey shortly before 10:30 a.m. According to the mayor of that city, two officers were injured during the shootout but neither has life-threatening injuries.

Ahmad Khan Rahami, the man wanted for questioning in connection with bombings in New York and Seaside Park, New Jersey, is also believed to be connected to the pipe bombs found in a backpack Sunday night in Elizabeth, New Jersey, sources said.