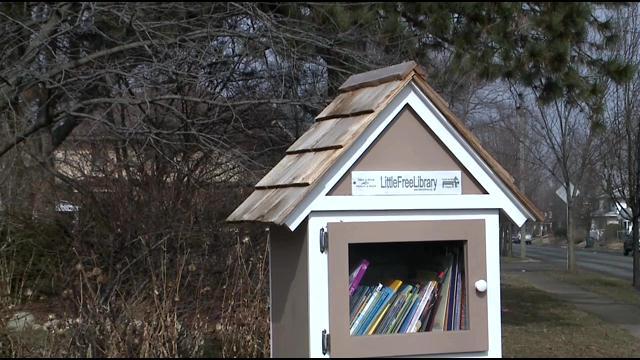 Now that it is Spring, South Bend Council member Derek Dieter says dozens of people have contacted him to install book huts in their neighborhoods.

These book huts are being used to promote reading in the South Bend community.

Dieter  has set a goal to have 50 in the city by the end of the year. So far 6 have been installed.

Dieter says there is reward for kids who participate.

"Offering books to kids and if they do book reports they get tickets to the Kroc center for a day pass, so it has been very successful," said Dieter.

With the weather shaping up, more and more kids are visiting these book huts.

Former South Bend Mayor Steve Luecke has one in his front yard, and his hut has reading material for all ages.

"Adults in the neighborhood use it as well, kids come and use it," said Luecke.

He and his wife built theirs out of an old door, and it has become a talking point in their neighborhood.

"It's really been nice, we have gotten to meet some neighbors that we hadn't known before," said Luecke.

Dieter says they cost about $100 to build.

In order to reach his goal, he needs people who are willing to build these in their own neighborhoods.

"I'm just looking for people who are more handy than I am to build something like this," said Dieter.

The latest neighborhood with interest is the River Park neighborhood, once they are able to find someone to put one together, Dieter says he'll have another hut to fill.