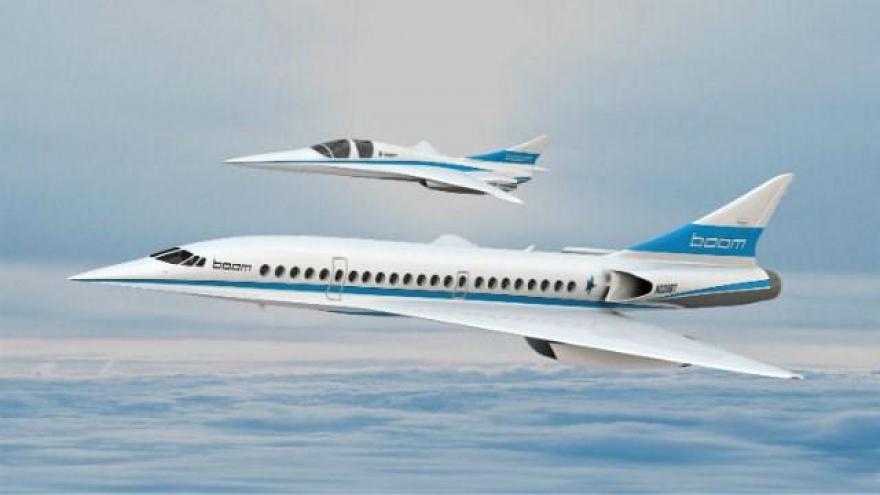 SEATTLE (CNNMoney) -- Startup Boom Aerospace, which aims to revive supersonic airline travel, announced a new round of funding that will allow it to test its technology.

Commercial supersonic travel began in 1976 with the Concorde, and ended in 2003, when that small fleet of Mach 2-capable jets was retired. Boom ultimately aims to manufacture its own 45-seat supersonic airliner. The company says that its aircraft will be able to fly for the same cost as today's slower, long-haul airliners.

Boom said it has raised $33 million in new funding, bringing its total to $41 million. That's enough for the company to finish the first phase of its project, which includes building and testing a supersonic test aircraft called the XB-1.

Boom's two-seat XB-1 will fly at 2.2 times the speed of sound during its flight tests, which will begin 2018. The demonstrator will be far smaller than the 45-seat airliner that the company one day hopes to build. That's about half the size of the 100-seat Concorde.

Blake Scholl, Boom's founder, says that parts for the XB-1 are being fabricated now, and that assembly of the sleek experimental jet begins later this year.

Several new supersonic projects are underway across the aerospace industry, but those are focused on the private air travel. Boom is the only outfit building a commercial supersonic aircraft.

Boom got a public relations boost when Virgin Group founder Richard Branson revealed in 2016 that Virgin Atlantic Airways has an option to purchase Boom's first ten jets. Scholl declined to say if any money had changed hands with that agreement. He said Friday that he would have more customer announcements later this year.

Denver-based Boom still faces enormous hurdles to making its supersonic airliner a reality. The project will require billions of dollars, a factory infrastructure, a manufacturing supply chain and regulatory approval.

Scholl and his team at Boom also have to convince airlines, which are historically resistant to big leaps in technology, that the project is commercially viable. Concorde struggled with high operating costs during its tenure with Air France and British Airways.

Separately, Rockwell Collins said this week that it has developed with NASA a way to visualize a sonic boom. The new technology is designed to let pilots to adjust their flight plans to reduce the noise heard on the ground. That's a key obstacle for the new generation of supersonic aircraft, which need to be able to fly over land. One of the Concorde key disadvantages was the fact that it was limited to flying over water.