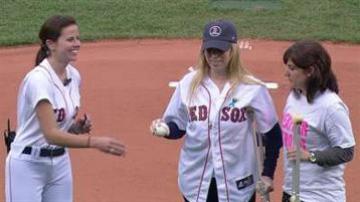 BOSTON -- It has been almost a month since two bombs went off in Boston. But Saturday night one of the victims stepped out on the diamond at Fenway Park.

She lost her foot when the second blast went off near the finish line.

Abbott says she did have to prepare for the big moment.

"We practiced because I've never really thrown a pitch before," said Abbott.

Abbott was released from a rehabilitation hospital on Saturday, just before that baseball game.