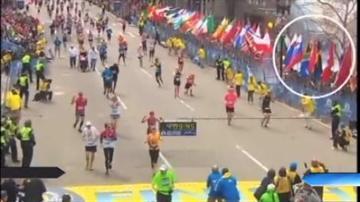 SOUTH BEND, Ind. --  Investigators have been working around the clock to find the Boston marathon bomber who killed three people and injured hundreds more.

“If they have caught somebody , at least we know what happened and who was behind it,” said Tracy Eaves.

Boston Marathon runner Tracy Eaves says she is relieved the F.B.I. is coming close to catching the bomber who killed three people and injured hundreds more.

She says she could not be more impressed with police efforts.

“I have to say kudos to the Boston police department and the F.B.I and Homeland Security. From what we have seen and been involved with, they have been on it immediately,” said Eaves.

But she says if and when authorities catch the killer, it will not bring back the loved ones lost in the blast.

“It doesn’t change the fact that it did happen and it could happen again,” said Eaves.

Having kids herself, Eaves feels particularly bad for the family who lost their eight-year-old .

“That is probably what brings it home the most, especially knowing my family based on where they stand to watch a marathon, they would have been right there,” said Eaves.

Eaves says there is no punishment too harsh for whomever murdered these innocent bystanders.

“I do not think enough can happen to this individual, to make up for everything that has happened to the innocent people out there,” said Eaves.