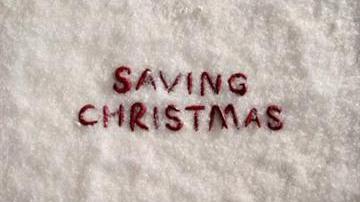 BENTON TOWNSHIP, Mich. -- For those of us who have lost someone close to us we know how hard the holidays can be. Personally, this is my 11th Christmas without my mom who died in 1998 in a car accident.

When Lisa Turner reached out to me this afternoon, I had to step in and help. You may recognize Lisa Turner's name; she and her 7-year-old son Eric narrowly escaped a house explosion last month in Benton Township. Lisa's house caught fire and exploded, killing her mom, Cynthia Kent, 48, and her good friend Joshua Hoffman, 27.

Investigators believe that a cigarette started the fire which caused an oxygen tank inside the home to explode. Norma Hoffman was also inside the home. Hoffman remains in the ICU at Bronson Medical Center after severe burns to her face, neck, arms and hands.

This is one tough Christmas for Turner. Last year, on Christmas day her dad lost his battle with pancreatic cancer. It was just weeks later that she found out her mom was terminally ill and placed on hospice care. Kent was given just 6 months to live. Lisa said that her death was expected, yet never did she think that her life would end the way it did.

On November 13th, just before midnight, the home caught fire then exploded sending a loud boom through the entire neighborhood.

Thursday afternoon, a demolition crew was on site taking the house down. Personal items like photos, stuffed animals, shoes and furniture were seen scattered all around the yard. I grabbed a box and picked up all the photos I could find and took them to Lisa.

Phase II of the demolition will take place Friday. By the end of the day Friday the lot will be empty, with little evidence showing what happened there.

Little Eric, not only lost his grandma, but lost everything that he had, all his clothes and toys - instantly in that moment disappeared. His mom, just 26-years-old, and currently unemployed doesn't know what she is going to do for Christmas.

A tree is set up in their new home, made possible by the donation of someone in the neighborhood. The home that Lisa is renting is also funded by the generosity of others.

"I'm just worried that I won't be able to put gift under the Christmas tree for my son, " Turner said, fighting back tears.

The tree stand tall, but there is nothing under it. Unless someone comes forward, Eric won't have any gifts to open this Christmas.

"I don't expect anything for me, I just want him to have a good Christmas," Turner said.

"I'm going to buy you some gifts at school," Eric interrupted, making it known that his mom won't go without gifts either.

I asked Eric if he missed his grandma, he looked up at him mom and then down at his hands, "Do you miss grandma?" his mom repeated, Eric simply nodded his head 'yes'.

"He really wants a Wii game system, and there is no way I can afford that. He loves cars, trucks, and stuffed animals."

I knelt down next to the couch and asked Eric what he wanted for Christmas this year, "Wii game and a puppy -- a Chihuahua one."

The family doesn't have a fund set up at a bank and there is no central location for donations to be dropped off at. Lisa asked anyone who is willing to help by donating a gift to stop by her house at 2014 Hatch in Benton Harbor. She said she would like to be able to meet each person individually to thank them, and thinks that stopping by the house would be the best way.

If you have a toy that you would like to donate and can't get to Benton Harbor, contact me at Bdorman@abc57.com. Also, please e-mail me if you are able to donate a Wii game system.