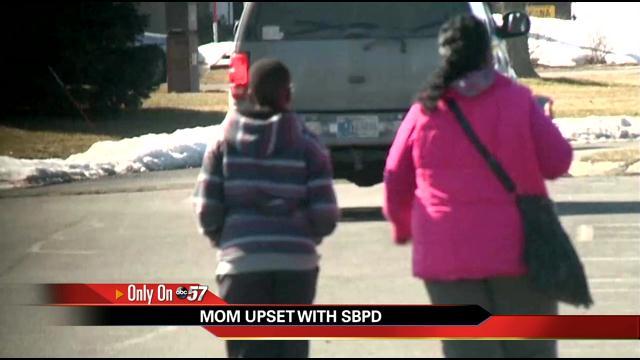 A South Bend 12-year-old is going to trial for allegedly pointing a pellet gun at a police officer.

The boy and his mother denied that he ever pointed the toy gun at the officer.

Destefano Richardson was arrested last May while playing with the pellet gun near his South Bend home.

After neighbors called the police, an officer arrived.

The officer said Richardson pointed the gun at her, but Richardson and his mother, Katrika Phillips said otherwise.

“You don't ever point a gun at an officer, whether it's a fake gun or a real gun,” Phillips said.
Phillips said that would be out of character for Richardson.

“The truth is he didn't pull a gun on an officer. He knows better than to do something like that,” said Phillips.

Richardson pleaded not guilty in court on March 10, and will go to trial on a felony charge.

“I feel like this is disaster because we're going to be in trial. Trial is a hell of a thing,” said Phillips.

Phillips said it's worth it to go through trial for her son.

“When it comes to stuff like this, you just need to tell the truth,” Phillips said.