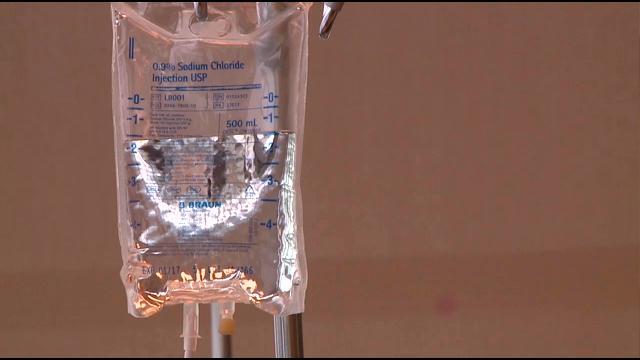 A new category of medicine that scientists have been looking into, called immunotherapy, is adding years to the lives of cancer patients.

Sherrie Ramer was diagnosed with stage four advanced colorectal cancer in July of 2013.

She has been receiving immunotherapy in combination with chemotherapy, and is close to completing her treatment.

Immunotherapy originally was a medicine developed to fight against lymphoma, but it has shown promise in other deadly cancers, like melanoma, kidney cancer, and colorectal cancer,

But this breakthrough cancer treatment is allowing individuals to live years past their diagnosis and in some cases, be cured.

It works by using certain parts of an individuals immune system to fight off a disease, and researchers are looking to advance even further.

Sherrie's doctor, Dr. Robin Zon said, "There is a whole area of science now that is looking into developing vaccines by taking an individuals own cancer cells and then developing a vaccine that fights against that."

Immunotherapy is the first treatment to show significant results in melanoma, which before had  little to no therapies, the only option being chemotherapy and many times did not work.

Doctors  hope that immunotherpay itself can become the primary treatment plan in the future for certain cancers.

A therapy that doctors say is evolving, and researchers are learning more and more about it.

They need funding from the National Cancer Institute to continue making progress.

The looming threat that funding may be cut is a worry to doctors.