Bremen mourns the unexpected death of a 15-year-old girl 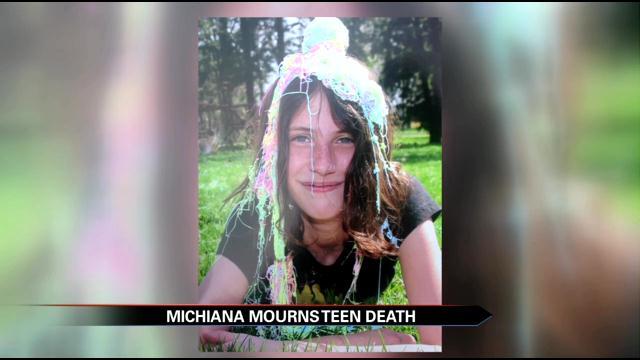 Tonight the town of Bremen is recovering from the tragic death of a young teen. Police say it was the body of 15-year-old Desirae Ann Kathryn Jones they found in a rural part of Marshall County on Friday. A cloud of sadness has covered the community and they are shocked by this unusual event.

Sally Pittman has lived across the street from Desi Jones' family for many years and says, “I don't ever remember a murder in Bremen never as long as I live and I'm getting up there in years. It's terrible, it's really bad, and it's hard to even comprehend.”

Pittman cannot believe the young girl she witnessed grow up is now gone.

“Desi and her sisters were always outdoors playing basketball or kickball. No matter how cold it was those girls were outside playing,” says Pittman.

But the days of Desi playing with her sisters are gone. Family says she snuck out of her house sometime between Thursday night and Friday morning. Hours later police found her body burned with a deadly wound to her head.

Tony Richard who attended Bremen Senior High School with Desi says these are disturbing details to the community.

“I know there are a lot of people at school who are really upset about what happened and it is really just hitting everyone really hard. No one ever imagined having this happen to a 15-year-old,” says Richard.

But the people hit the hardest by this loss are Desi's own mother and father.

“I've been over there a couple times in the last couple days and her mother I haven't been able to see her because her mother is just so torn up over all of this,” adds Pittman.

Marshall County Sheriff's Department say this case is an active investigation and if anyone has information regarding the case they should contact them at (574) 936-3187.