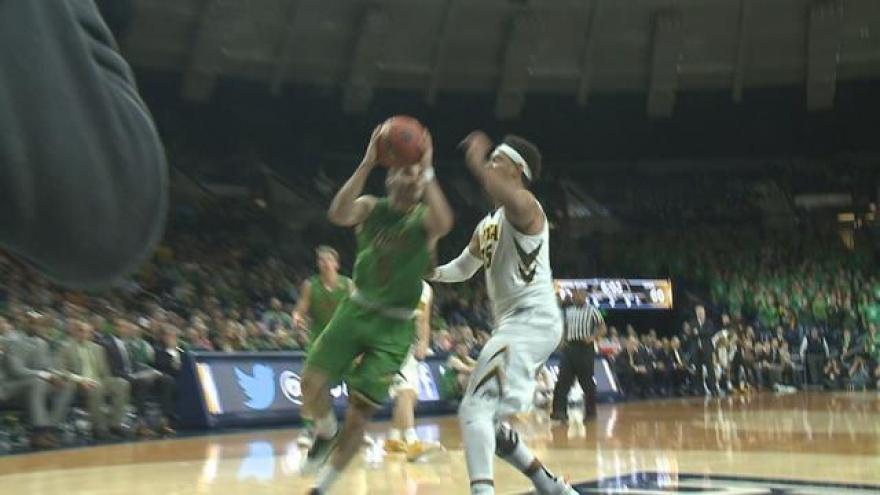 "So my feeling was he could take it because he's used to it you know and to be honest with you, my two previous point guards, I really couldn't do that. Those guys needed to be dealt with differently and so it finally felt good to hammer a point guard," Brey said.

That's just part of the unique relationship Brey and Farrell possess, a give and take relationship that has been forming since the summer.

"I think it's really easy between us. We got something to say to each other, we say it," Farrell said.

Farrell understands Brey's tactics and knows it's nothing personal when he challenges him, especially given how he was raised.

"Big thing with my dad is tough skin, just learn and take it and move on. I'm not taking it personal, that's his job, That's just the way I've been coached," Farrell said.

Brey says it's their relationship is still a work in progress but the trust between the two is growing stronger.

"I like to use him as the sounding board of where our guys are and I think it empowers him," Brey said.