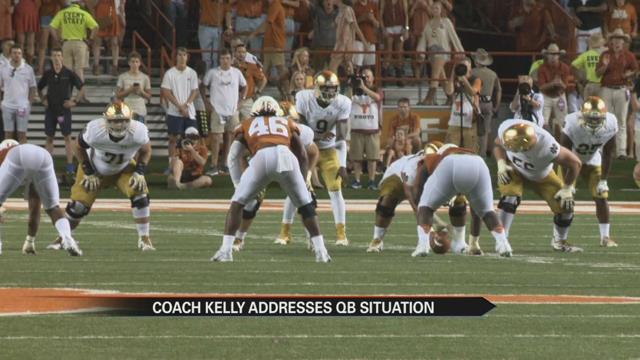 Notre Dame is less than 48 hours away until kickoff against Nevada on Saturday.

Brian Kelly addressed the media one more time before kickoff.

It was the first time since naming DeShone Kizer his starting quarterback for Saturday.

He also talked about Malik Zaire and how he responded since hearing of the news.

Kelly's message to him: he's only one play away and for him to be ready.

"He's embraced his preparation, he's embraced his role in what we're asking him to do and that's all I can ask for. I don't want anything else from him other than to prepare himself to be ready to go in the game and help us win,” said Kelly.