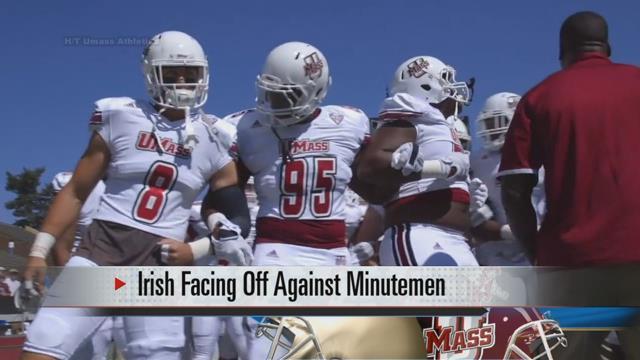 After facing three power conference teams this season, the Fighting Irish will get what many see as a breather against the Umass Minutemen, a team who is still looking for their first win of the year.

After playing underdog last week, the Irish are now heavy favorites. And as they sit on the edge of the top 5 teams in the country, coach Kelly wants his players to realize that Umass should not be slept on.

"I go into the game, we better be prepared for everything," said Brian Kelly.

Kelly is trying to avoid complacency with his players.

"These are the games that concern me the most," said Kelly. "Where everybody else thinks this will be an easy game. This is going to be a difficult game. Umass will play very well."