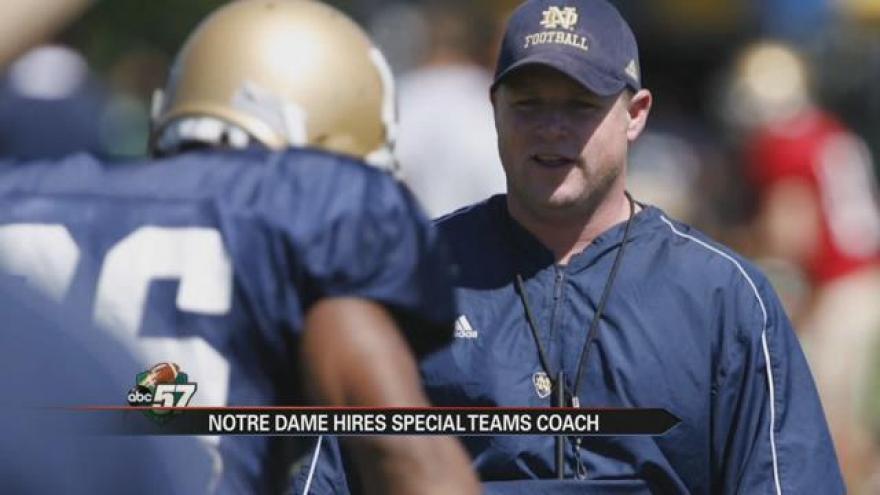 It's official, Polian is back.

Notre Dame announced Tuesday that Brian Polian will return to South Bend to take over as special teams coordinator. Multiple reports had surfaced in previous weeks about the likelihood Polian would return to the same role he served for five seasons under Charlie Weis.

“I’m thrilled about the opportunity to return to Notre Dame,” said Polian. “This is a very special University and football program. I want to thank coach Kelly and Jack Swarbrick for the opportunity to re-join the Fighting Irish family. Laura and I are looking forward to coming back to this wonderful community. I’m excited to go to work, get to know the terrific student-athletes and prepare for a great 2017 season.”

“Brian not only brings a successful history of coaching special teams, but he’s also considered one of the nation’s top recruiters,” said head coach Brian Kelly. “He simply understands Notre Dame, what it’s about, and the type of student-athlete that we need to succeed at the highest level. I’m extremely excited to have Brian join this program, and our players will benefit from his mentorship, passion, energy and enthusiasm -- both on and off the field.”

Special Teams is an area Notre Dame needed to address immediately. The unit was responsible for losses against Michigan State, Duke, NC State, and Navy, It almost cost them the game against Miami too. Polian is known as a very strong recruiter, having a great presence on the West Coast. During his time in South Bend, he was responsible for commits like Jimmy Clausen, Manti Te'o, Cierre Wood to name a few.

Polian comes to Notre Dame after being fired as Nevada's Head Coach, where he went 23-27 over four seasons including a 39-10 defeat this past season at Notre Dame.

ABC 57 sat down with Polian earlier this year and he talked a lot about how Notre Dame will always hold a special place in his heart.