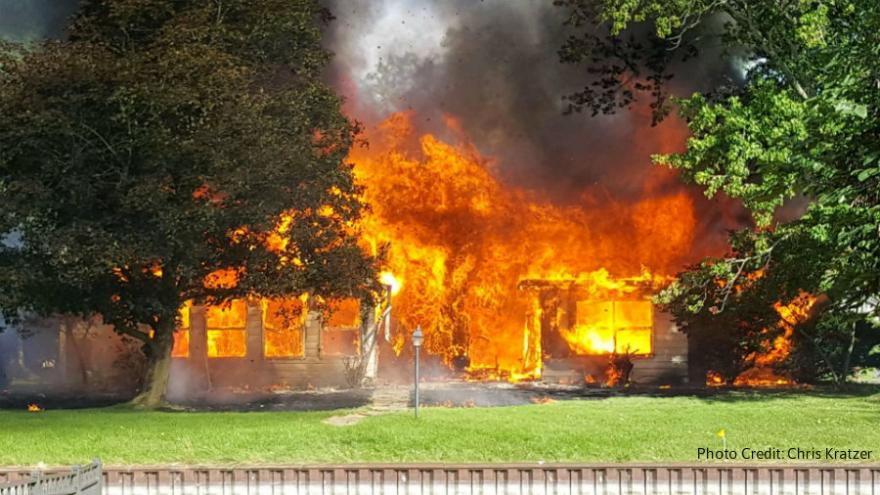 BRISTOL, Ind. – Crews worked to put out a house fire on Laguna Drive, but the flames resulted in a complete loss.

It was 12-year-old Trenton Hays who first noticed something was wrong around 5 p.m. Wednesday.

“I saw smoke first, then I stepped outside and I seen flames," said Hays.

Those flames grew quickly and that’s when Hays sprang into action.

As firefighters made their way to the scene the flames spread. By the time crews arrived they had overtaken the house.

According to neighbors, the owner had just bought the house last month in a sheriff’s sale and had just begun cleaning it out. They had plans to flip the house -- plans now left in rubble and ash.

No injuries were reported. The fire did cause minor damage to a neighbors home. Firefighters were still on the scene late Wednesday night investigating a cause.