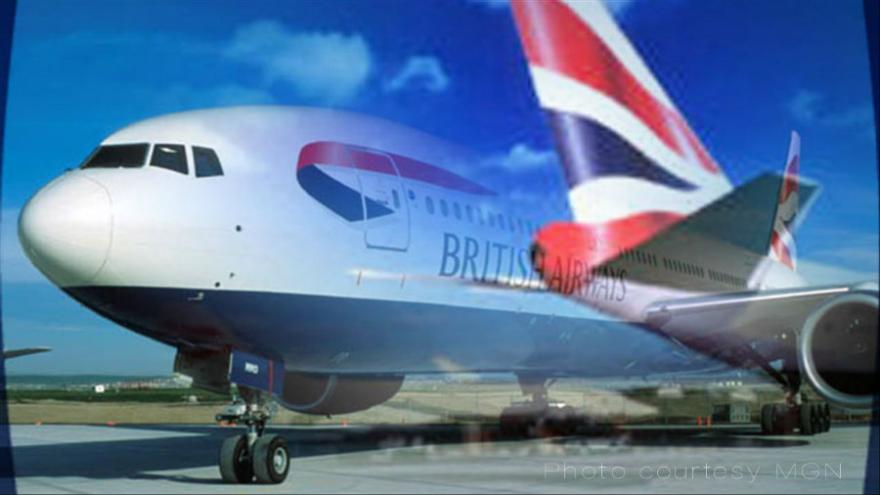 Flight BA303 was due to take off from Charles de Gaulle Airport at 7:25 a.m. (1:25 a.m. ET) for London's Heathrow airport when the incident happened.

Authorities cleared it after conducting security checks and the Airbus 320 took off a few hours later, the French national police said.

While passengers waited on the tarmac, security personnel conducted bag searches and sniffer dogs checked the aircraft, said James Anderson, 20, who was aboard the flight.

"Aircraft has been deemed absolutely safe. Authorities are satisfied with the search. We will continue on to London Heathrow," he tweeted.

Anderson posted pictures and video on social media showing passengers evacuating the aircraft with police and fire vehicles nearby.

"On British Airways Flight BA0303, currently being held on tarmac at Paris due to security threat, surrounded by police and fire vehicles," Anderson wrote.

"Apparently an individual has made a direct threat to this aircraft. We will all be led off the aircraft & baggage searched in due course."

All passengers had multiple X-ray scanning checks while authorities secured the plane, he said.

British Airways confirmed the incident aboard its flight and said it conducted additional security checks as a precaution.

"The safety and security of our customers and crew is always our top priority," it said in a statement. "We would never operate a flight unless it is safe to do so."