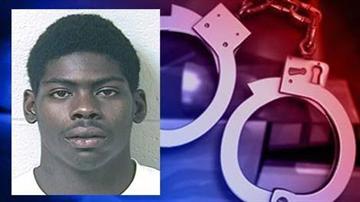 BENTON HARBOR, Mich. -- After several weeks of searching him, shooting suspect Elliot Coates turned himself in to the Benton Harbor Department of Public Safety Monday morning around 10 a.m.

According to the Benton Harbor Police Department, on July 31st they responded to a shooting in Broadway Park.

An arrest warrant was issued for Elliott Coates of Benton Harbor.

And officers in Grand Rapids, Kalamazoo, Battle Creek and Milwaukee made contact with Coates' family members in an attempt to locate him.

On August 19 at 10 a.m., Coates turned himself in to officers at the Benton Harbor Department of Public Safety.

He is being held on three counts of attempted murder and two firearms charges.