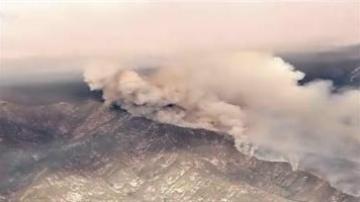 Another wildfire sparked up on the West Coast.

It broke out in California’s San Gabriel Mountains and forced the evacuation of thousands. Witnesses said a huge cloud of smoke could be seen from throughout the Los Angeles Basin.

The fire broke out near a campground around 2:30 p.m. Sunday. It quickly grew to 3,600 acres. That's about five and a half square miles.

The fire is said to be 58 percent contained.