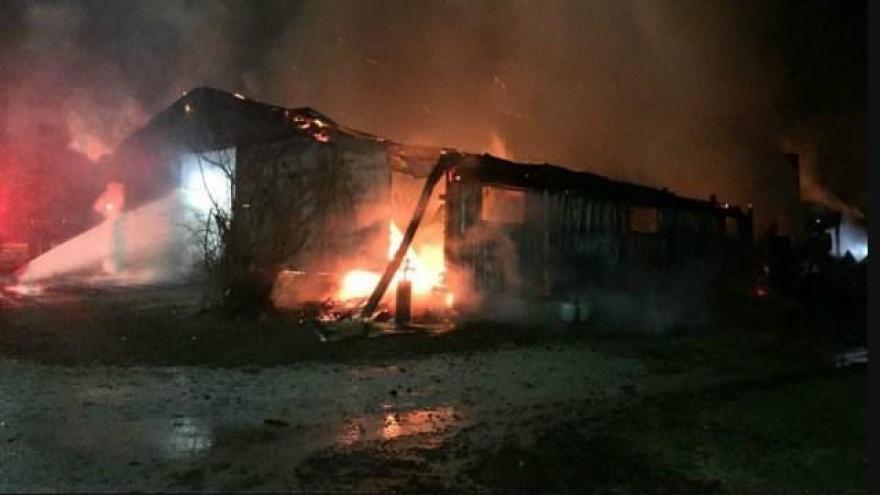 A building is destroyed after a fire broke out early Saturday morning.

Officials say at least five departments responded to the fire at Seymour Tractor Sales and Service in LaPorte County at 2:30 a.m. Saturday morning.

The scene was under control by 5 a.m. but was considered a total loss.

The cause of the fire has not yet been released by fire officials.