Business looking for refund of thousands of dollars from Benton Harbor 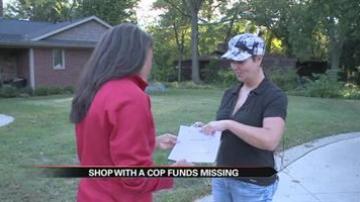 BENTON HARBOR, Mich. -- The owners of Greenspan Construction in Benton Harbor, say they donated $2,500 to the city to sponsor the 2012 Shop with a Cop program.

The event was cancelled due to weather and was never rescheduled.

However, Vicki Franks says the city never notified her that children did not shop with a cop last year, nor did the city offer to return the funds.

It was not until Franks did some research that she realized the event did not take place, but the check was cashed.

Jody Lundquist, the Benton Harbor finance director released a statement saying, "the donations have been held since that time with the expectation that they would fund the program for this holiday season. In the finance department report provided each month, the cash balance summary has shown a separate line item that specifically states Police Reserve-Shop with a Cop. "

Franks says she was under the impression that the funds were for last year's event and would just like her money back.

She says Greenspan will still donate gifts to those in need, but it will not be done through the city of Benton Harbor.